Setlist:
The Greatest
Cherokee
Sun
3,6,9
King Rides By
Human Being
Manhattan
Bully
Angelitos Negros
Always on My Own
Silent Machine
Back in the Days
Nothin But Time
Peace and Love
I Don't Blame You
Ruin
Medley: Wild As The Wind - Ramblin Woman - Dont Explain

This was the 14th performance of the Sun tour. 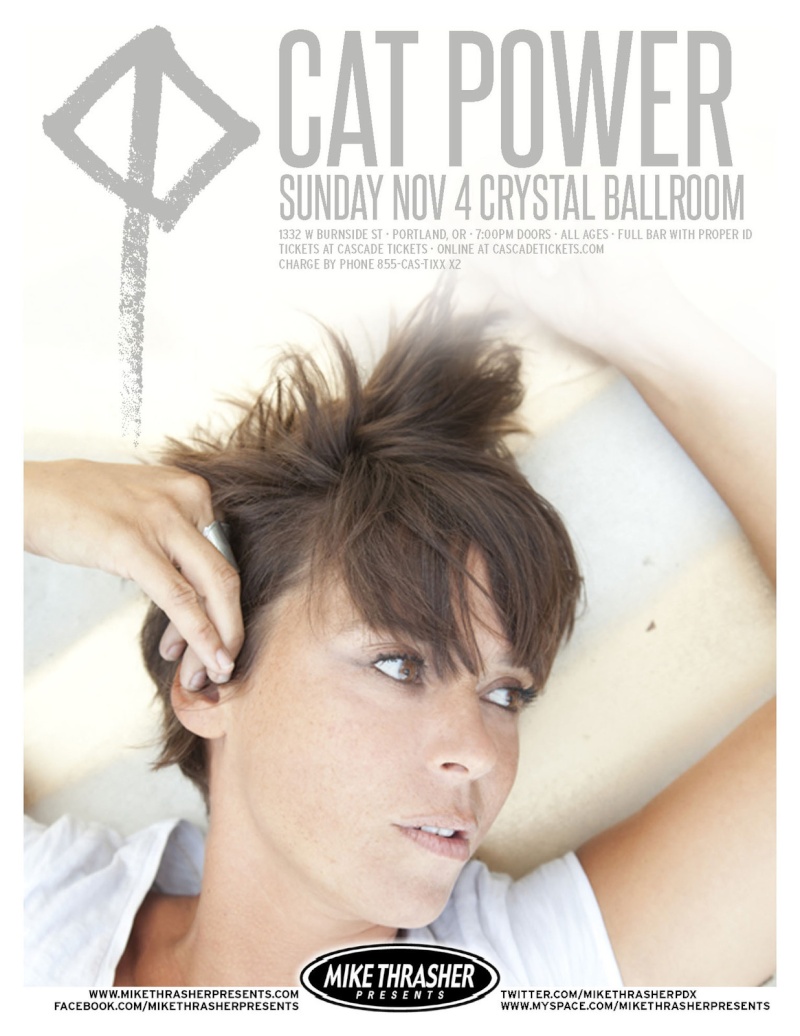 Went to the show tonight, was AWESOME. I brought my mother who is also a fan, and loved it. The venue was packed, most likely sold out. The band sounded really tight and Chan seemed to be in good spirits and was having a lot of fun. Loved seeing Chan on guitar during Silent Machine. I think she got a little frustrated at the mic situation at the end of Peace and Love I think and went over to the little drum snare/setup near the bass player and did a cute little drum solo out of frustration I think, maybe she wasn't frustrated though haha, I don't know for sure. The opening bands were really interesting, with The Goat being a "skate punk" band who was really agressive and had some hilarious lyrics and of course "Entrance" who I was blown away by. He kind of reminded me of Devendra Banhart. I know Entrance toured with Chan like 10 years ago on a couple tours. Oh, and the stage was pretty small so there was no stage setup with the fancy logo thing in the back but there was a backdrop which featured a bunch of pictures and videos that played during certain songs. Don't know if they did that for other shows or what have you.

I didn't write down the setlist or anything but I do remember the songs, in no order mind you. Seemed like a pretty standard setlist for the tour, except maybe the medley thing at the end which seemed kind of improvised on the spot(?). Chan was kind of directing the band, namely Gregg on what to play during the medley. I don't know, maybe they've been doing it for the past couple shows. Let me know, if so. It was pretty cool.

They played The Greatest, Cherokee, Sun, I Don't Blame You, Peace and Love, Nothin But Time, Bully, Back in the Days, 3,6,9, Ruin, Always on My Own, Human Being, Manhattan, Silent Machine, Angelitos Negros, King Rides By and the melody at the end to close the show which featured Gregg on piano and Chan on vocals as kind of a solo medley thing featuring (from what I remember), a couple lines from Wild Is the Wind, Ramblin' (Wo)man and Don't Explain in like a 3 or 4 minute medley. By the way I really like the "new" version of The Greatest they played and Back in the Days is really great as well.

Anyways, I've rambled on long enough. Thank you Chan and the band for the incredible night. Hope to see you again in the near future. I'm really liking this new band and new setup for the shows! Love ya'll!

Wow, really!? Chan sang some of "Wild As The Wind" and "Dont Explain"? Awesome! You're so lucky to hear that! Glad you had a good time.

Ah, ok, yeah I figured that but just wanted to make note of that, haha. I like how on Nothin But Time, Gregg did a couple lines of Iggy Pop's backing vocals in Iggy's style of voice and Chan was laughing about it and it just seemed they were really having a good time.

I can't believe no audio/video/photos have been released yet...that kind of sucks.

Yeah, I probably should have been taking videos/photos but I was so wrapped up in the music and everything that I didn't really remember to, haha.

I wonder why they only played it at this show? Maybe it was an experiment and they didn't think it worked so they dropped it from the set.

Yep, that looks about right. I mean I can't 100% say that that is the correct order but those are the songs they played and I can't imagine the order of them being any different to any of the other gigs on this tour. Only change is, and this is me being nitpicky, is the medley I believe started out with Wild Is the Wind, then Ramblin' (Wo)man and then Don't Explain. I'm pretty sure that's what it was. And like I said, she only sang a few lines from each song, especially Wild Is the Wind, the bulk of the medley was Ramblin' (Wo)man if I remember correctly. 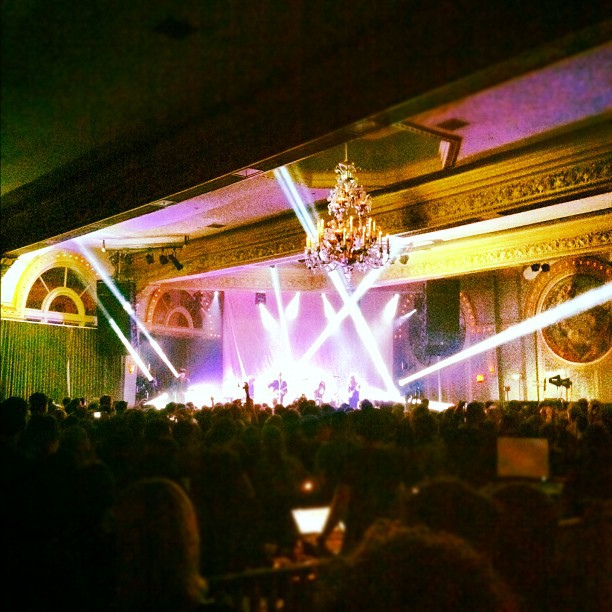 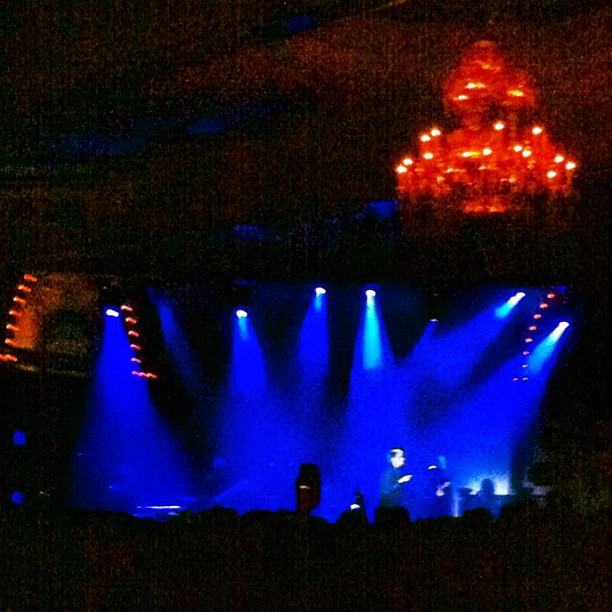