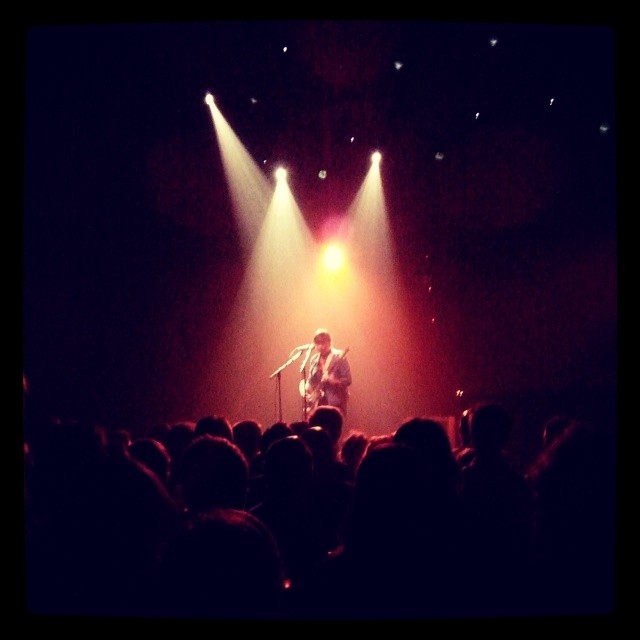 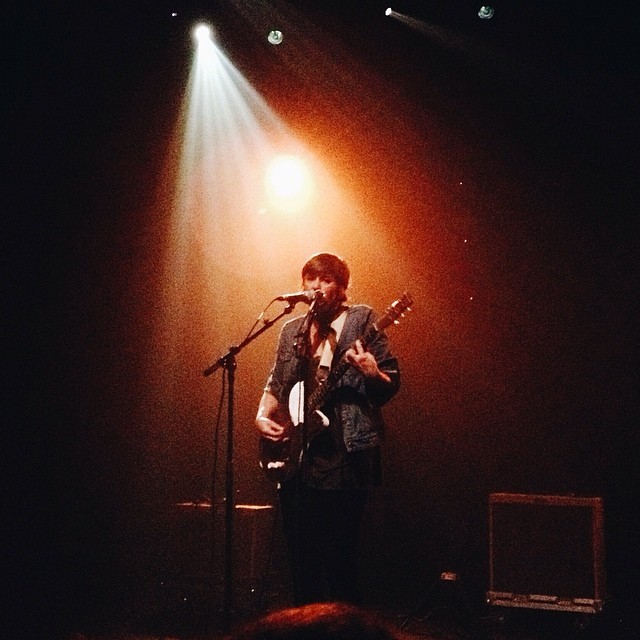 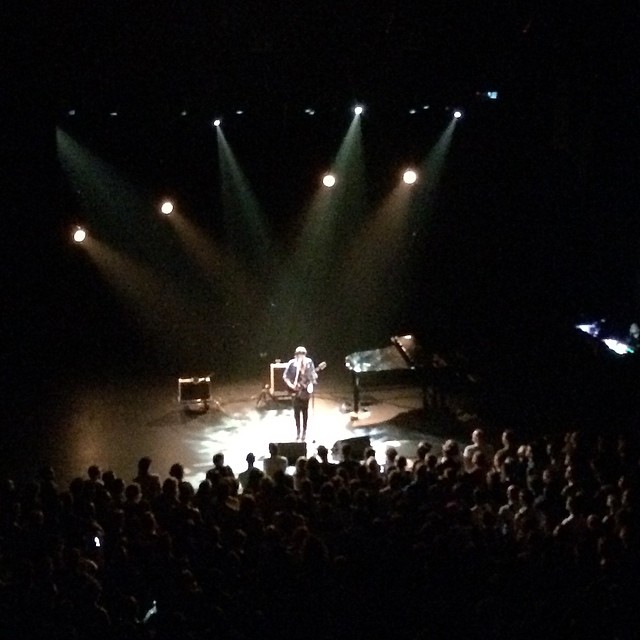 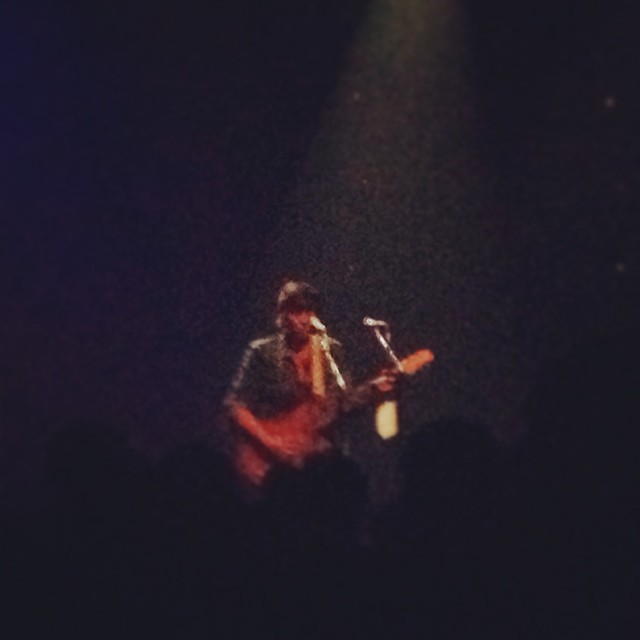 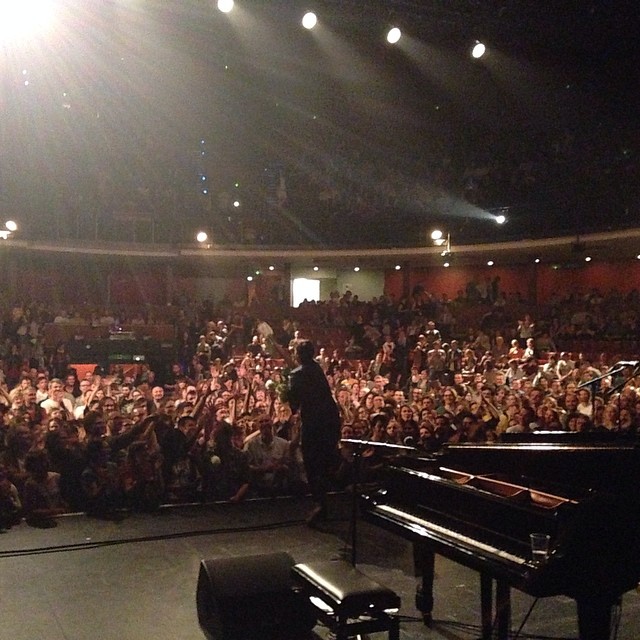 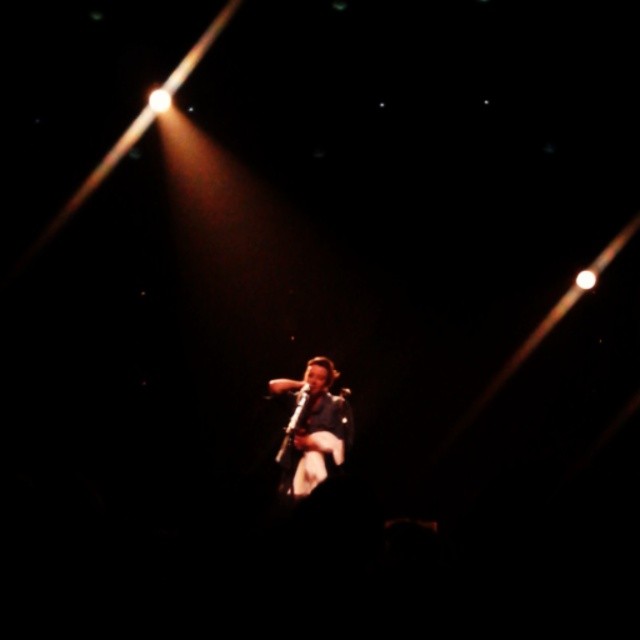 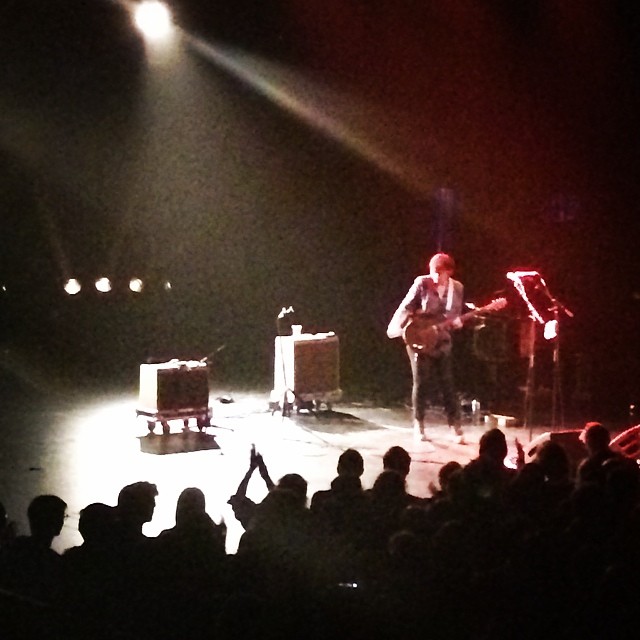 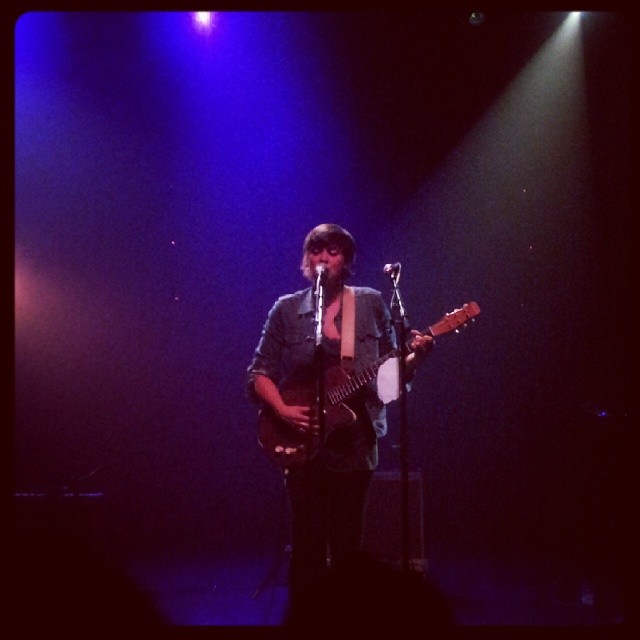 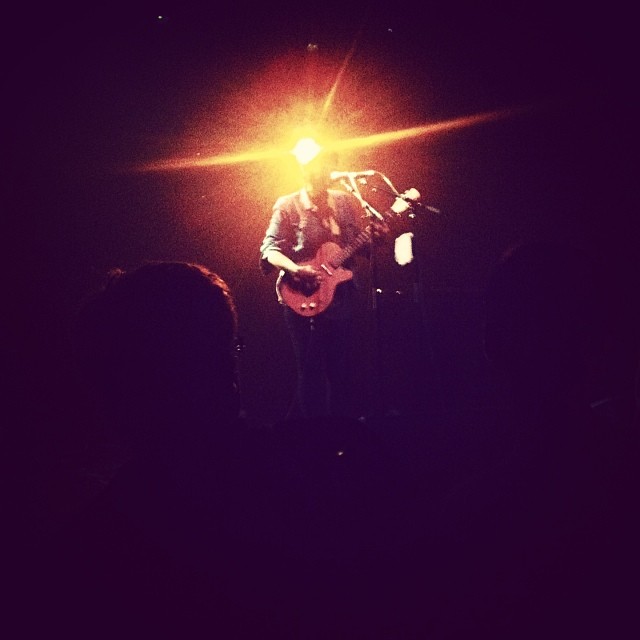 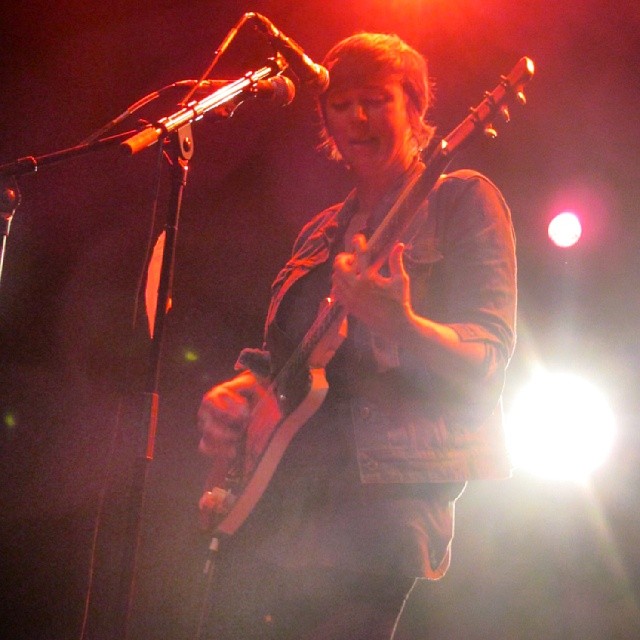 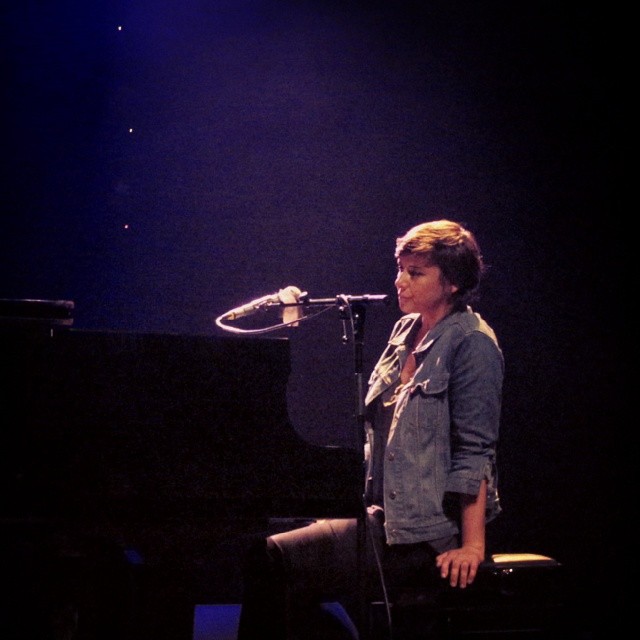 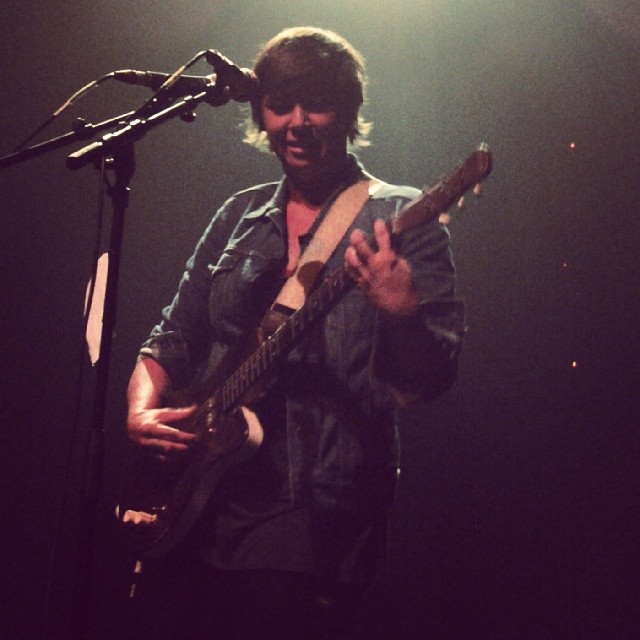 I'm too tired right now but the review will come tomorrow (or more exactly later today).

And tada: there is a recording!

I thought that was you! How awesome!!!!

Sorry, i didn't get the setlist this time, we'll figure it out from the recording. I only came back with Chan's plectrum. 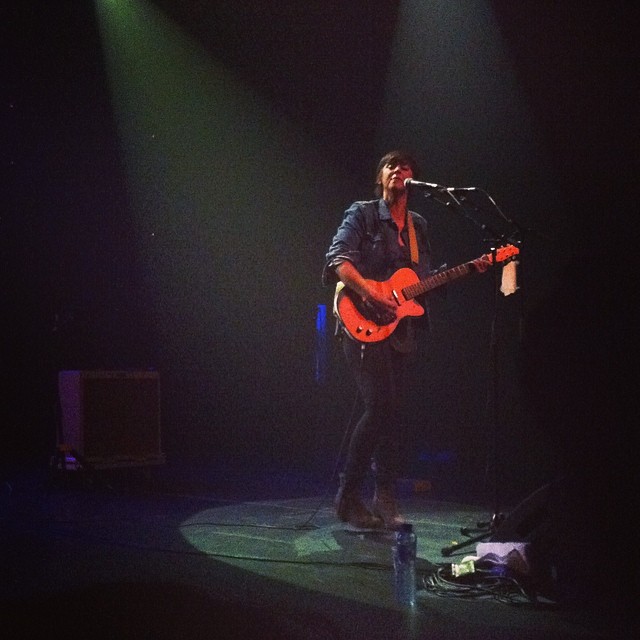 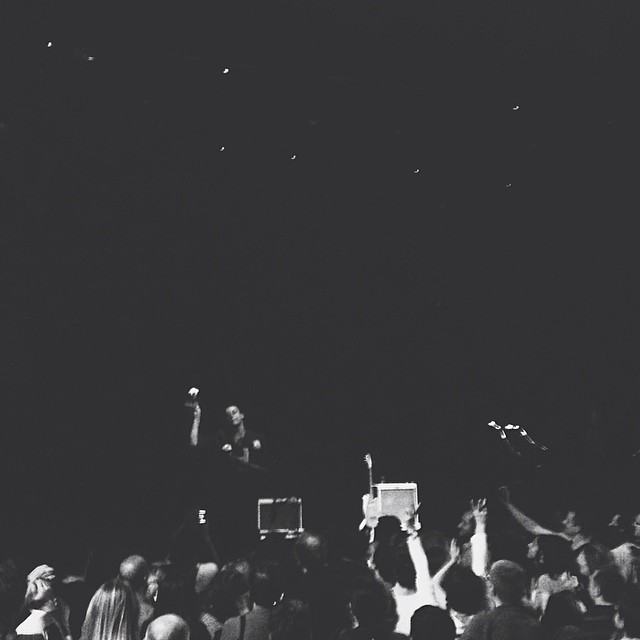 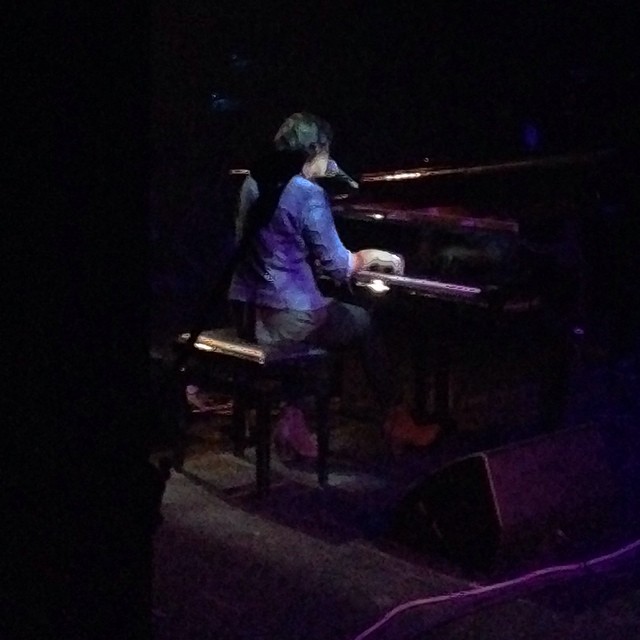 Nicolaoua wrote:Sorry, i didn't get the setlist this time, we'll figure it out from the recording. I only came back with Chan's plectrum.

I'm happy you had a great time!

Thanks!
My thoughts are all over the place this morning. Writing a proper review might be a difficult task today!

A few teasers: the show began with Chan playing Old Detroit on electric guitar, and it ended with Framboise je t'aime a capella. Between these 2 songs, my highlights were the piano songs Colors and the kids, Let Me Go, Maybe Not, Names, etc.
_________________
Bitchin', complainin' ! 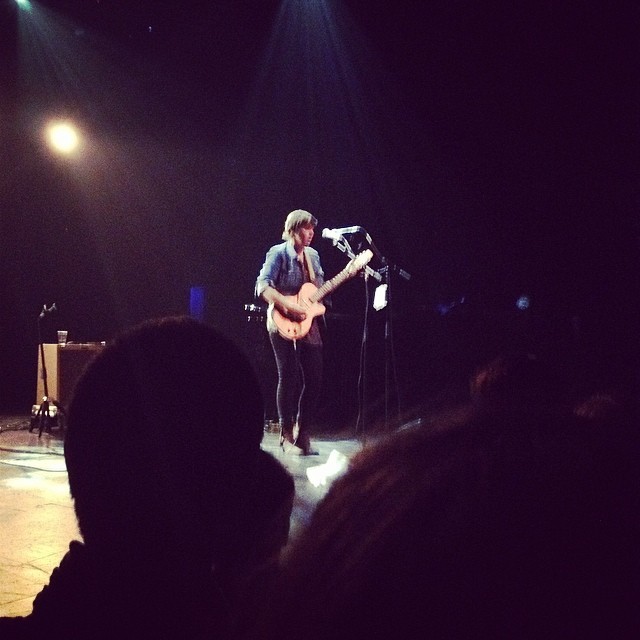 Last night was indeed great. My highlights were Great Expectations, and the Just Like Heaven tease (during Names?). I've heard that song a thousand times before, especially in the version of Dinosaur Jr. But coming from her it sent the shivers down my spine.

Last night, one of my dreams came true: i finally saw Cat Power playing a solo concert and oh boy, that was good!
I had great expectations, and in spite of the fear that lingered somewhere in my head, Chan  managed to deliver a very soulful and utterly satisfying show. Was it perfect? As the song goes: maybe not but who cares? A perfect concert would mean something flawless and no soul is really flawless...

The evening started early, when i met Camille and _tunic_ in a bar next to the venue. After drinking one of the worldly famous belgian beers, we were ready to enter into the Cirque Royal when its gates opened, as were 10 other people.  It meant that we could chose the perfect spot to attend the concert: front row, halfway between the mikes for the guitar part and the piano.
I was still a bit skeptical: was i really going to see Cat Power solo? It seemed unreal, almost too good to be true and only Chan's apperance would discard the feeling.

The opening act was Chan's friend Appaloosa, who sung on a music recorded on her computer. She was greeted politely and i must admit that i have very mixed feelings regarding her performance. She sung for about 45 minutes, followed by the roadies who checked the instruments, taped the setlists on the mikes, then 15 minutes later, the room finally darkened  and the audience hushed. "She" was there...
Usually i only talk about Chan's music but i will make an exception: she was gorgeous last night, sporting a beautiful short haircut, with dark hair who got along with the mood of her songs.
The first part of the show was Chan on electric guitar. She started with "Old Detroit", who set a bluesy tone for the evening. You'll have to rely on the setlist to know what was played during this first part because my memory is a bit blurry there.
My favourite part of the show was when chan played the piano. Listening Chan on the piano for the first time was a moving experience, enhanced by a crystal clear sound. Most songs were fully played, with a few exceptions. Sadly Let Me Go was one of these exceptions. By now my eyes were already wet, who knows what could have happened if the song had been played until it's usual ending...
Anyway, this piano part was pure magic. Colors and the Kids, Names, Maybe not, Let Me Go or Love Sweet Love were unforgettable moments that remind you, if needed, why you love this artist.
The last part of the concert was Chan back on electric guitar. She performed a great version of Werewolf, and an almost unrecognizable version of Bully.
I secretly hoped that there was another half hour of show coming but Chan warned us that there was only one song left... It was "Framboise je t'aime", performed a capella.

During the exit ceremony, i caught Chan's plectrum and Camille was offered a white rose by Chan. One moment later she had left. Was it a dream?
It was a great show, with a really focused Chan Marshall. There were (of course) a couple of hiccups, like a very short break to talk to the sound engineer or a couple of songs cut short but all in all, it was as good as one could expect from a Cat Power show: it was soulful, fragile and magical.
_________________
Bitchin', complainin' ! 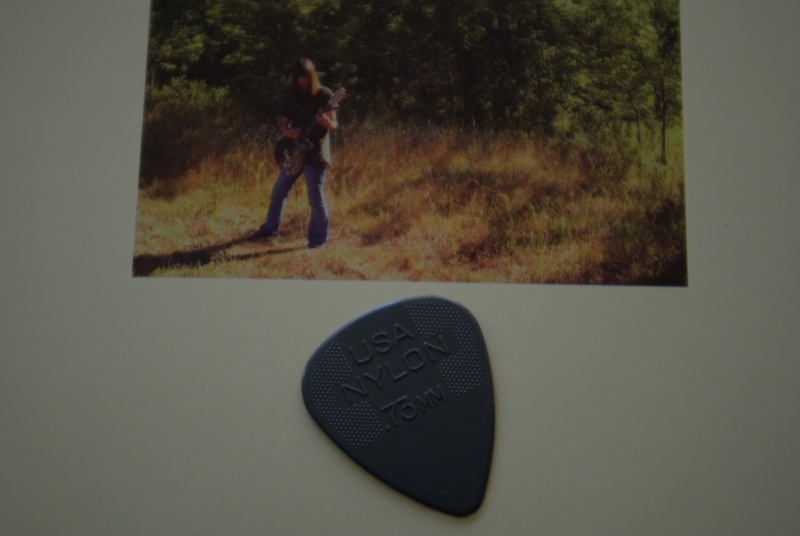 What a wonderful, review! Thanks, Nico!

I skipped the part where my GPS suddenly freezed while i was driving in the middle of Brussels, going back home. It took me almost half an hour to leave the city!

Another review in dutch: http://focus.knack.be/entertainment/muziek/concertverslagen/cat-power-solo-les-nuits-botanique-als-een-vis-op-het-droge/article-4000627838505.htm

According to it, the setlist was

-Old Detroit
- ?
-I Can’ t Get No Satisfaction
-Great Expectations
-Fool
-Say
-What The World Needs Now Is Love
-Colors and the Kids
-The Greatest
-Names
-I Don’t Blame You
-Let Me Go
-Maybe Not
-Monster
-Werewolf
-Good Woman
-The Moon
-Sea of Love
-I Wanna Be Your Dog
-Naked if I Want To
-From Fur City
-Pa Pa Power
-Bully
-Metal Heart
-French Song

Some songs might be missing but it seems rather accurate: all these songs were played. Sometimes i wonder how people do to remember such things. Do they follow concerts with a paper and a pen?
_________________
Bitchin', complainin' ! 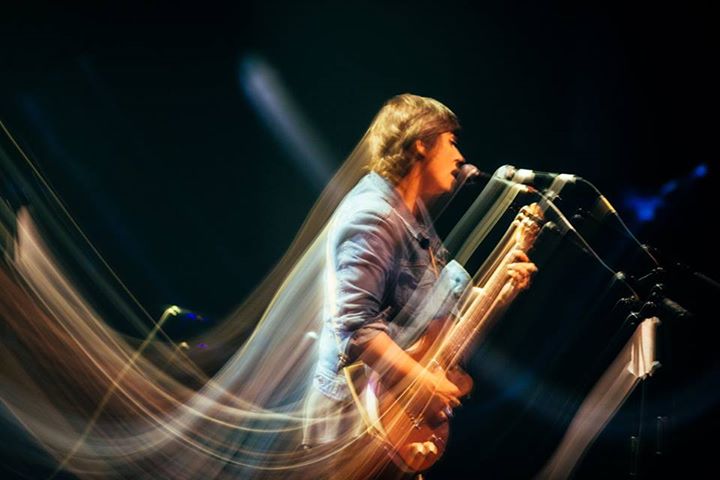 Thank you Nico for your review!

I wish I was there with you! I'm happy you enjoyed it so much.