Setlist:
Cherokee
Sun
3, 6, 9
Human Being
King Rides By
Manhattan
Bully
Angelitos Negros
The Greatest
Always On My Own
Silent Machine
Back In The Days
Nothing But Time
Peace And Love
I Dont Blame You
Ruin

This was the eighth performance of the Sun tour. 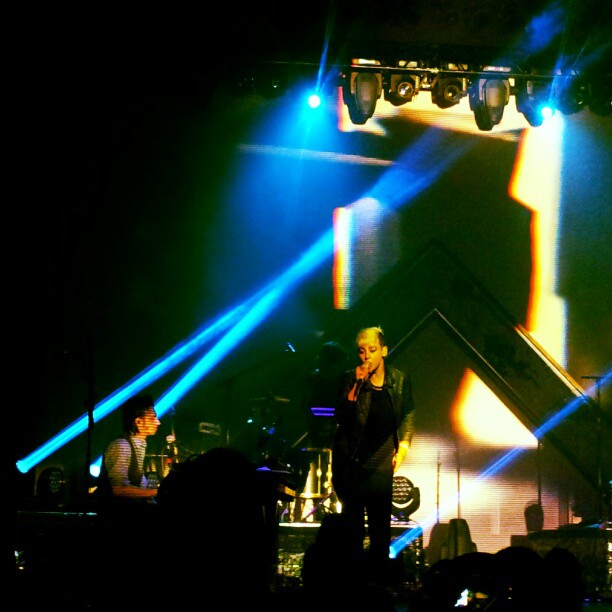 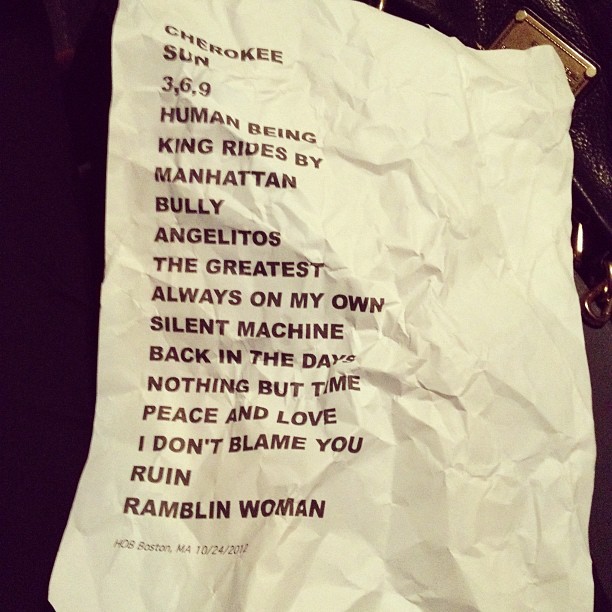 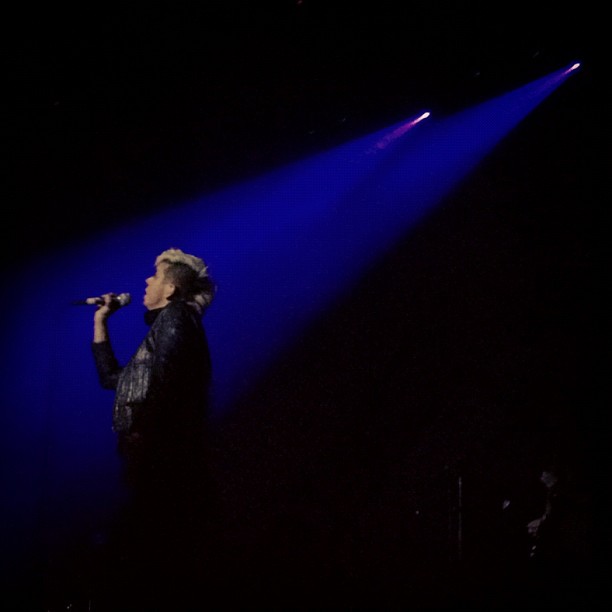 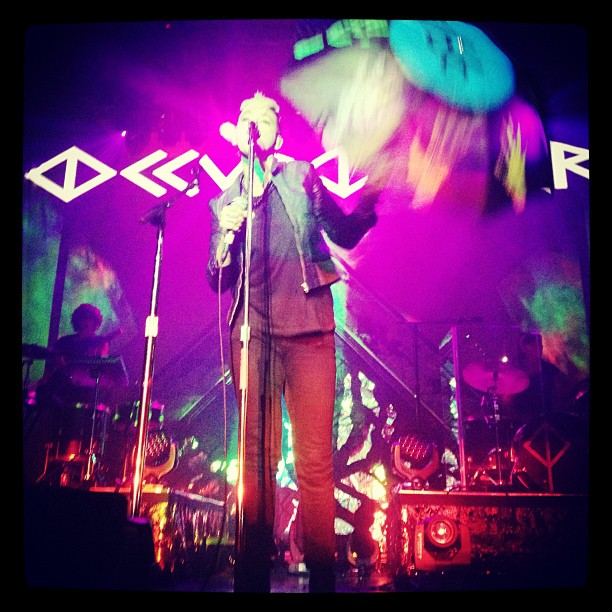 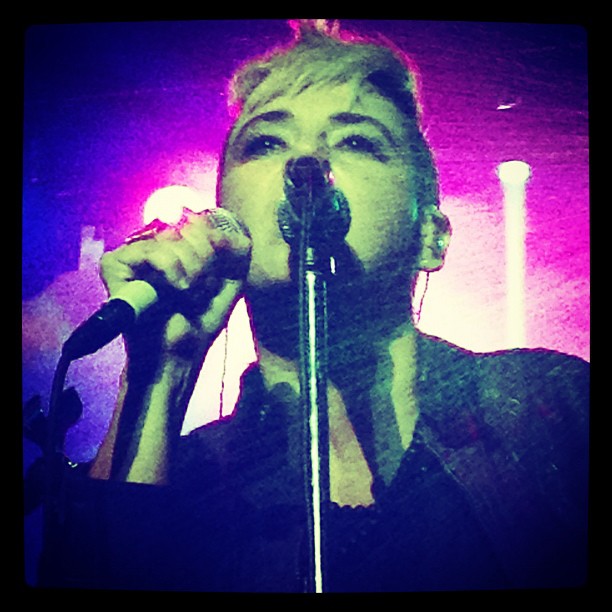 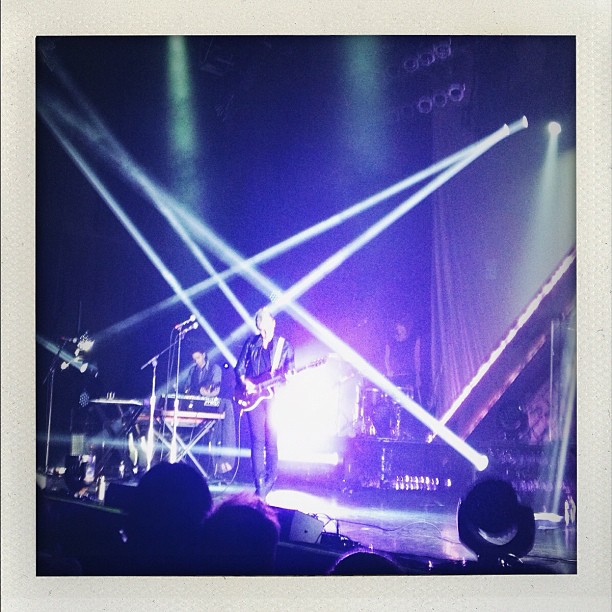 
Always On My Own:

At one time, Chan Marshall — the woman behind the nom de indie rock Cat Power — was notorious for the wildly erratic nature of her live performances.

If she is more comfortable now on stage — and judging by her intermittently captivating concert Wednesday night at the House of Blues, she is — her shows still suffer their share of other issues.

Marshall’s most hypnotic gift is her voice, all smoke and bruises, defiance and melancholy. During portions of her 90-minute set, Marshall soared and her lyrics, ranging from intense personal confessionals to global laments, were as crisp as the heavily percussive backbeat provided by the backing quartet onstage, and as sharp as the pinpoints of light shooting into the audience throughout the night in a beguiling visual accompaniment.

At other times, especially on the first handful of tunes, that voice was subsumed in an audio murk that occasionally felt curiously intentional. One moment she tumbled along a skittering groove, the next she was prolonging a deathly dirge.

Marshall, sporting a blond/brown mohawk, leaned heavily on tunes from her first album of all new material in six years, the mesmerizingly trip-hoppy “Sun.”

The most electric performances, including the title track and the churning “Peace and Love,” struck a fine balance — a collision of tenderness, pulsating grooves, and vocal passion. Others like “Manhattan” strove for high drama but lacked the tension to keep the somnambulance at bay. (And sometimes what works late at night on headphones is difficult to translate to a crowd standing in a hall.)

Backlit by a white light and singing emotionally in Spanish for part of the song, Marshall did imbue “Angelitos Negros,” a cover of a Pedro Infante track, with a kind of riveting pathos that kept the song afloat despite its glacial tempo.

Older tunes ranged from an even-more-languid take on “The Greatest” and a sultry version of the soulful, woozy organ jam “I Don’t Blame You.”

In between sincerely whispered thanks to the supportive crowd, sips of tea, and the tossing of a flowers from a bouquet, Marshall also gave a brief shout-out to late scenester/promoter/man-about-town Billy Ruane.

Xray Eyeballs held down the middle slot, and though energetic, were swallowed whole in their own garagey din, while quirky solo artist Willis Earl Beal handled the opening duties.
_________________
"Ready to get depressed?" - Chan, 11/16/13 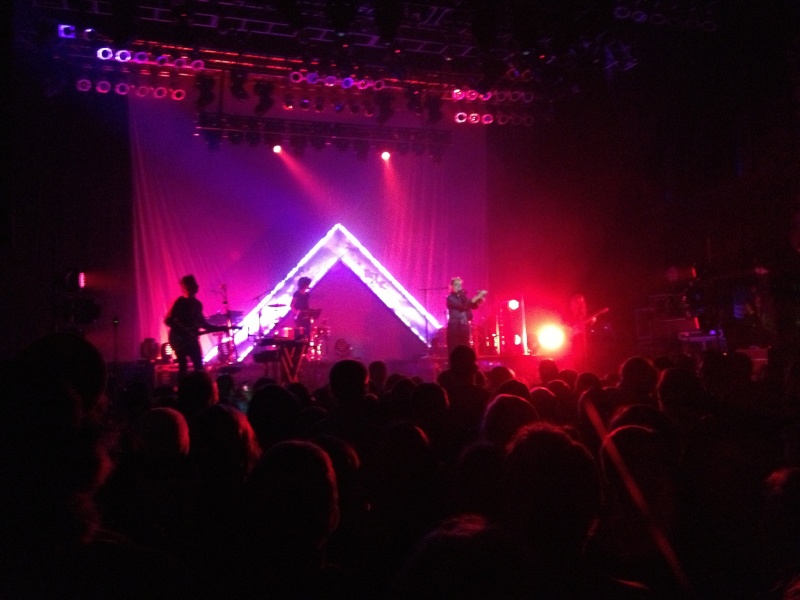 “Welcome to the holy church of nobody, I am your pastor” said opening act Willis Earl Beal to start the night, wearing a shirt with a dead smiley face reading “nobody”. The majority of people at the show did not know who he was, and Beal knew this, so to start the show he sang an A cappella gospel hymn to prove himself as a powerful voice worthy of the stage. He proceeded to reveal his band from the drapery, consisting of an eight-track tape player, and from there his performance only got more confusing. He performed his lo-fi psychedelic soul tunes like a seven year-old girl putting on a show for her parents in the basement, except then you realize she is a grown man with the voice of a god and you’re totally okay with it. He draped himself in his “nobody” cape, twirling around on stage and moving from place to place like a zombie in pursuit. There was something inherently ironic or sarcastic about the performance, like when that one weird guy goes up for karaoke and surprises everyone with his killer voice, eventually revealing that he’s in on the joke, making the performance that much more cerebral and engaging. The whole performance became clear when Beal addressed the crowd saying “Ladies, don’t let your man make an ass out of himself on stage, ‘cause this is demeaning,” in a light and comical tone. Beal was extremely entertaining, and it is safe to say that there is no other live act quite like him.

After Beal’s mind-blowing performance art, it was nice to let the mind rest with the music of X-Ray Eyeballs. They played some noisy and dissonant indie pop tunes while remaining sweet and infectious. Their cute, nonchalant stage presence made the performance feel like a teenage rom-com scene. The sound of digital wind chimes connected all of the songs together, as a sort of sonic motif, adding magic to the already dreamy atmosphere.

There was a collective anxiety among the crowd when Cat Power was setting up. With her history as a precarious performer due to struggles with alcohol and social insecurities, the audience did not know what to expect. Everyone in the crowd perked up along with all of the hairs on my body when she opened her mouth and sang the first words of her opener “Cherokee”, the first track off her new album, Sun. From that moment on, it was clear that Cat Power would deliver the incredible show she is capable of performing.

Strobe lights obscured the stage as Cat Power began to perform the title track of her new album, and the atmosphere started to feel strangely like a Swedish rave, Cat Power’s new haircut only intensifying that aesthetic. A Windows Media Player circa 2004 visual of a sun was projected onto the back wall of the stage. The flames threatened to consume the audience had Cat Power’s voice not done so already. The visuals changed to images of people in third world countries to accompany “Human Being”, a song off of Sun where Cat Power sings about basic human rights.

Before going into “King Rides By”, Cat Power addressed the audience for the first time, shyly whispering “Thank you for coming. Thank you thank you thank you…” It acted as a reminder of her perpetual stage fright, and instilled the initial anxiety back into the crowd for a fleeting moment interrupted by Sun highlight, “Manhattan”. Cat Power proved to be the only person who can sing “You can never be never be never be never be, Manhattan” across the street from Fenway Park without being executed. It gave the strong sense of the loyalty and admiration of her fan base, no matter what situation she is in, or what struggle she is going through. This mutual compassion between Cat Power and her fans resonated when she turned her back to the audience during a slower section of the show, clearly uncomfortable. The respect and admiration her fans have for her, and encouragement that they gave her helped her overcome this, making a transcendental experience as beautiful as the performance itself.

She proceeded to deliver her most intense and performance of the night with “The Greatest”, a performance the guy next to me called “The greatest deconstruction of a song ever”. From then on, she began pointing at the crowd, singing to the audience members, and truly engaging with her fans personally.

During her last few songs, she brought out an umbrella that had “99%” written on it, with the word “Occupower” projected on the screen behind her. The performance was impressive enough to distract the attention of the crowd from the two guys fighting underneath the “No fighting” sign. When she closed the night singing “I’ve been to Saudi Arabia, Dhaka, Calcutta Soweto, Mozambique, Istanbul, Rio, Rome Argentina, Chile, Mexico, Taiwan, Great Britain Belfast, to the desert, Spain, Tokyo,” it seemed like a list of locations of her recent tour, but it was just the first single off of Sun, “Ruin”.

Before departing, Cat Power proved that her fans are enthusiastic enough to fight over crumbled piece of papers she through into the crowd. She thanked the audience by throwing flowers into the crowd, when really they should have been the ones doing the thanking. 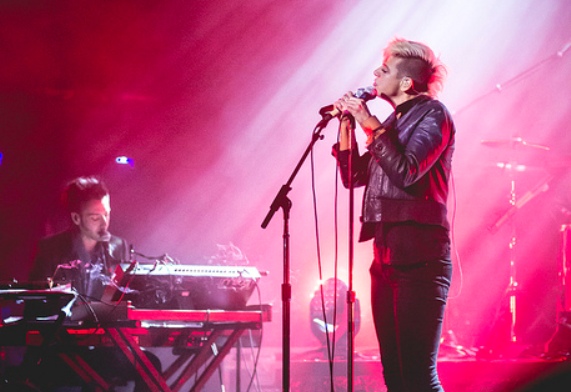 What a heartwarming review! 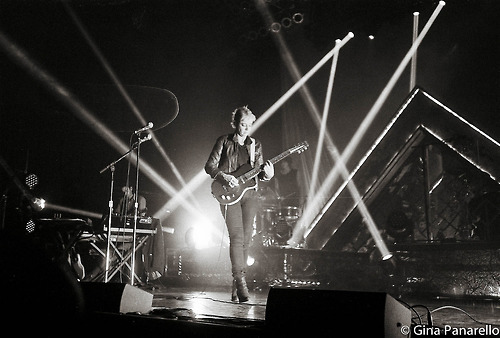