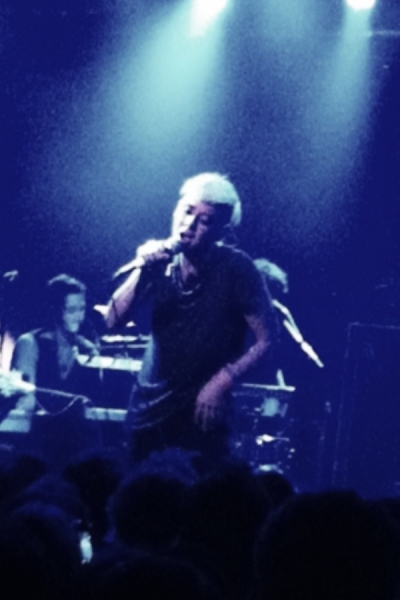 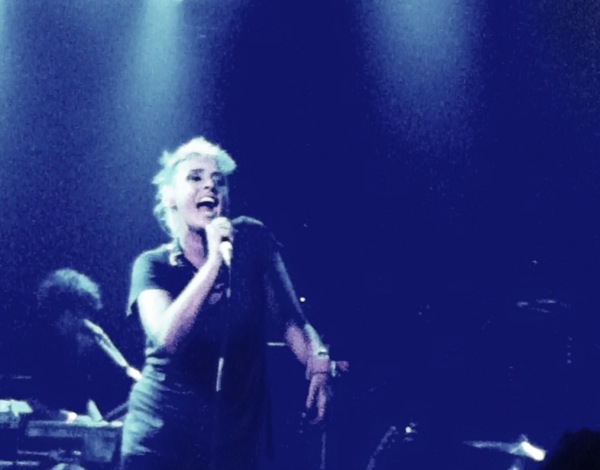 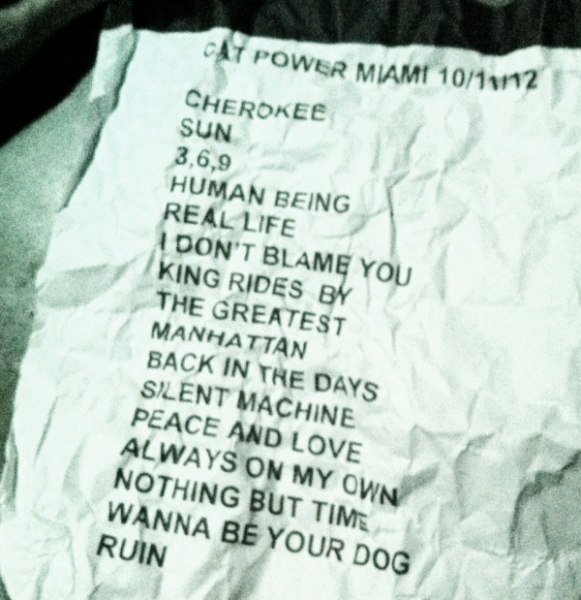 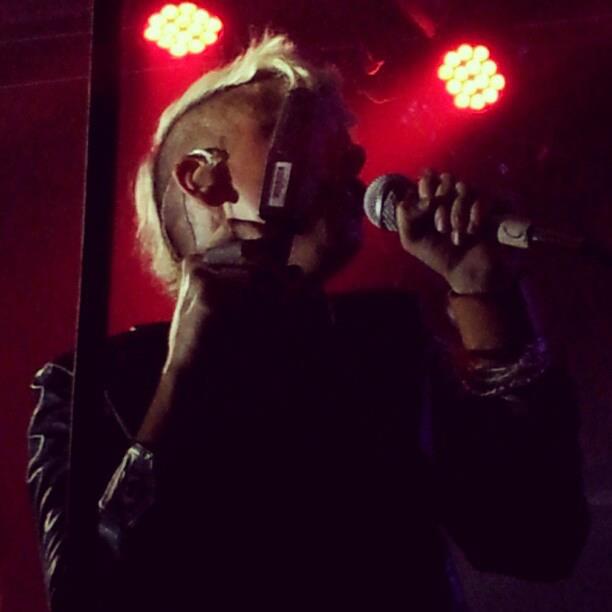 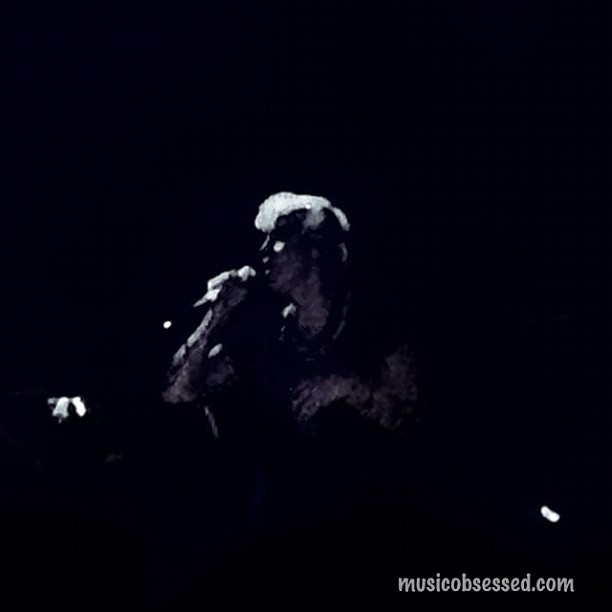 I have to admit, I am a bit disappointed that she hasn't played much old stuff. Obviously she is expected to play stuff from Sun, but I hope she starts to throw in some older songs and maybe even some new covers or something.

silent-machine wrote:I have to admit, I am a bit disappointed that she hasn't played much old stuff. Obviously she is expected to play stuff from Sun, but I hope she starts to throw in some older songs and maybe even some new covers or something.

I don't share your feelings about this. I'm clearly excited to hear something really new.
I don't doubt that she will play older songs. King Rides by and The Greatest appeared on her printed setlist for instance.
_________________
Bitchin', complainin' !

When we first arrived, there was a DJ set happening that seemed to fit right in with the typical downtown Miami scene but not with Cat Power's style AT ALL. And the night just kept getting weirder. Joining the DJ on stage next was a female rapper named Addiquit - who I was finally able to identify after a ton of unsuccessful Google searches. Wellll.... She was.... ummm... I'm just going to say that waiting for Cat Power to begin her set felt like FOREVER.

Let me just take a moment to say that I was not aware (AT ALL!) of Chan Marshall's seemingly well-known live show disasters and on-stage meltdowns... so I was completely unsuspecting. I knew she has some drug and alcohol problems, but I had no idea that usually translated into a train-wreck of a concert. In front of a crowd of anxious fans, Marshall finally took the stage at about 10pm with both a bleach-blonde mohawk and a facial expression like she had just seen a ghost. Right away, during her first song, she was already fidgeting with everything around her, pacing back and forth on stage, staring at the ground and mumbling what seems like some kind of annoyance. She has ZERO on-stage personality and for the most part looked bored to be up there... leaving the fact that she seemed to be very much under the influence of something, the most interesting part of her presence. Several times througout the night, Marshall kept disappearing from my view - both by squatting down to mess with some sort of weird shrine (that I was told included a candle and a tiny bride statue?!)... and also by leaving the stage for long periods of time, leaving a crowd of confused fans wondering if this was some sort of unusual encore. There was a lof of impossible-to-understand mumbling... a lot of random set changes... and just a lot to be confused about in general, really.

It was probably a smart idea to be playing pre-recorded vocal tracks, since it was hard to count on Marshall to do anything she was there to do... but it was still kind of shocking whenever they became apparent. I'll be honest though, despite the complete let down of a performance... when she did sing, her vocals sounded incredible. Train wreck or not, there's something amazing about witnessing the raw sound of her voice live. It will definitely be a show I will not soon forget. 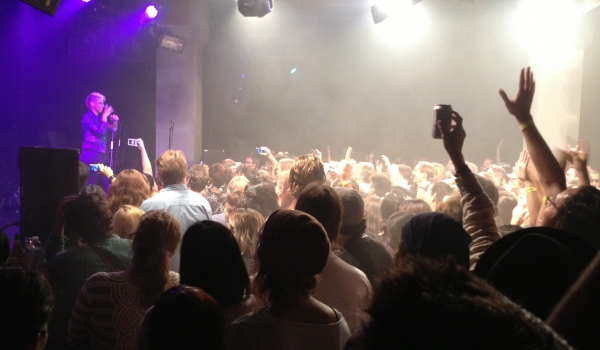 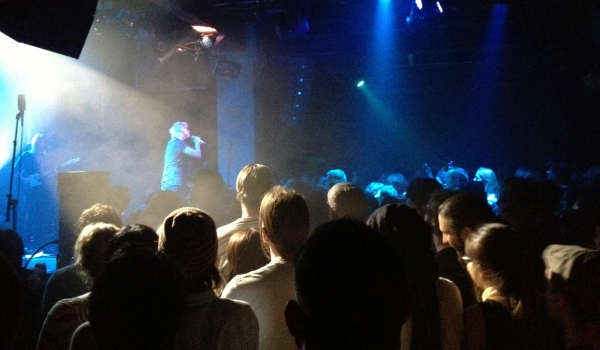 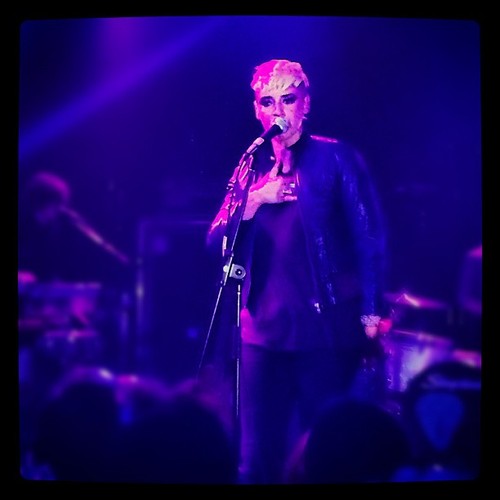 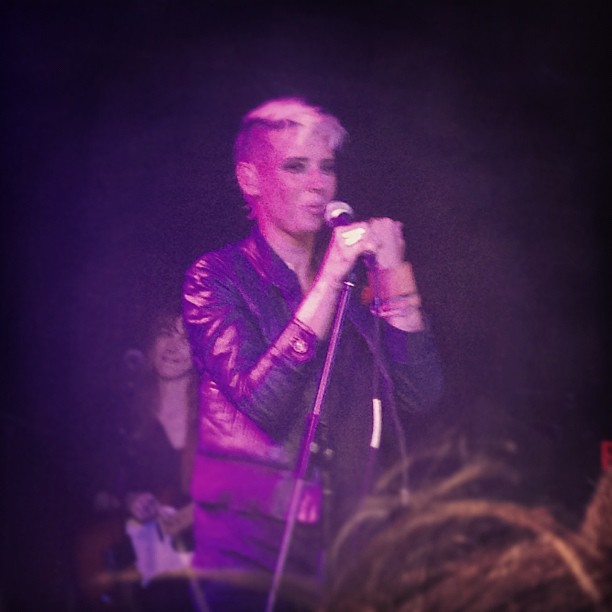 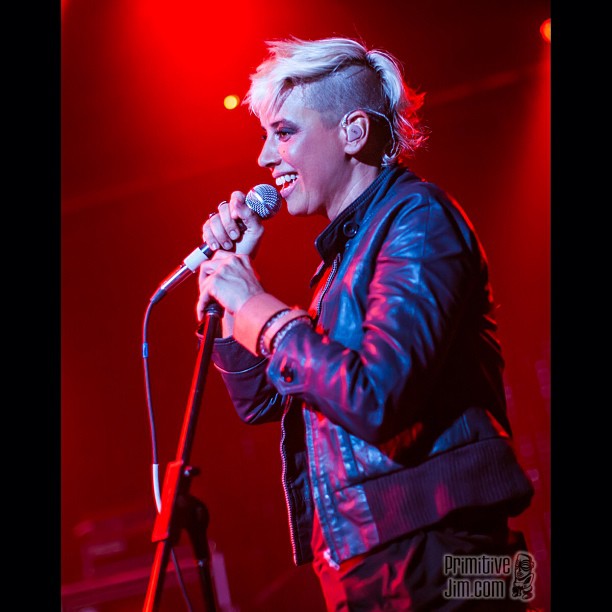 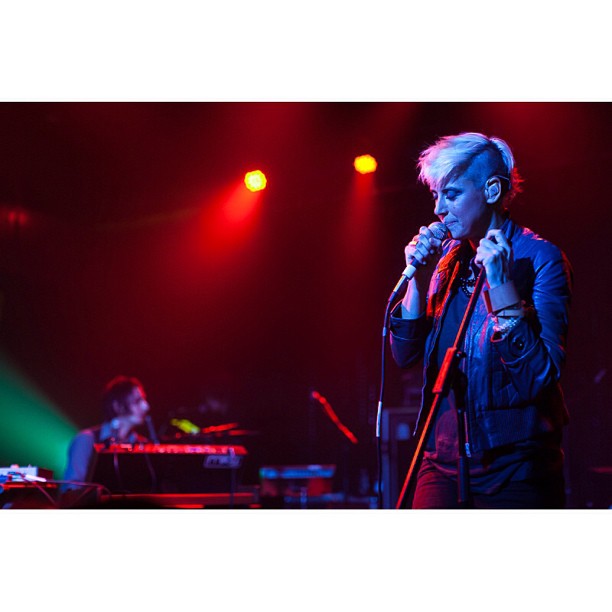 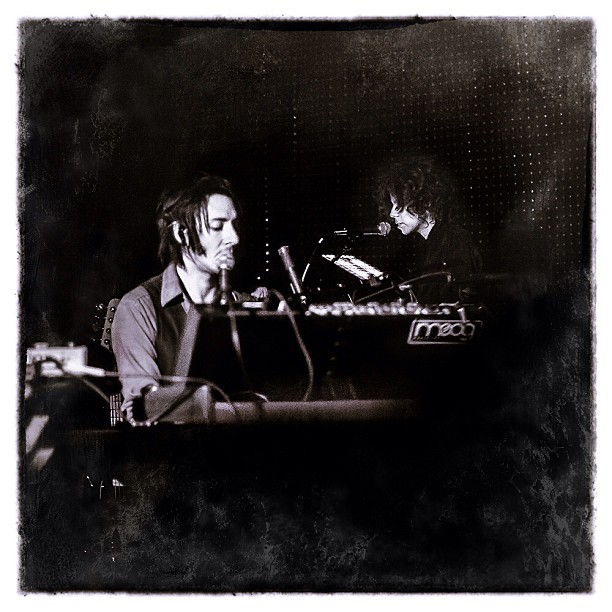 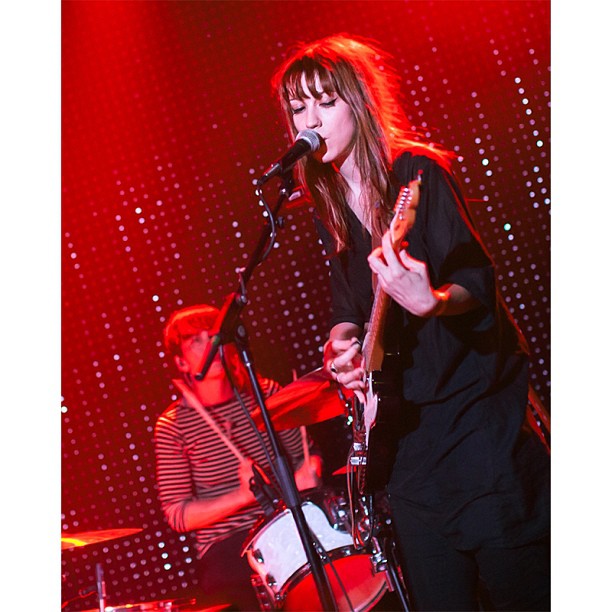 Cat Power emerged from the Grand Central Miami green room around 10 p.m. on the evening of October 11 sporting a bleached-blonde mohawk, balancing a lit candle in one hand and a plastic cup half-full of an unidentifiable, clear liquid in the other, and looking particularly distressed. (Little did I know, she had been hospitalized for unspecified reasons at Miami Beach’s Mt. Sinai Medical Center just a couple of weeks earlier). “When you got sane / You were through with fun and games,” she wailed over a bluesy lounge rhythm produced by her new backing band, as a crowd of 20-somethings—suited more for a hip hop dance party than an indie rock show—looked on confusedly, eager for the next recognizable song or nervous breakdown, whichever came first.

Fortunately, it was the former, as the off-kilter guitar jingle of “Cherokee” started crackling through the speakers. Ms. Power (real name: Chan Marshall) flashed a smile at the crowd’s initial reaction to the song—the first single from Sun, her first album of original material in over six years—but quickly isolated herself into a corner stage-left, turning away from the audience and working her body into a 90-degree “L” shape. Occasionally, she’d stand upright in a pose of self-assurance, but those moments alternated with periods of extreme nervousness: restlessly pulling her left hand in and out of her pants’ pocket, obsessively adjusting her bra, and muttering unintelligibly into the microphone.

Given Cat Power’s history of drug and alcohol abuse, the psychotic break she suffered prior to her last major tour (supporting the 2006 album The Greatest), and, of course, the famously erratic live performances, the scene at Grand Central wasn’t really a surprise, but I was still caught off-guard by the remorseless, frothing-at-the-mouth reaction of the fans. “She’s nuts!” squealed one concertgoer to my right, his eyes peeled widely as he picked apart her every move onstage. “Play ‘Ruin!’ ‘Ruin!’ I don’t know what I’m gonna do if they don’t play fucking ‘Ruin,’” vented another drunk male fan behind me, referring to one of the featured songs off Marshall’s latest disc. Meanwhile, the object of his exhortation showed signs of officially unraveling: a Milli Vanilli-type glitch on the pre-recorded backing track, overused throughout the performance—likely to protect against the sort of meltdown it was now creating—caused Marshall to grow increasingly agitated. Her indecipherable muttering turned into blurts of anger directed toward the sound tech and herself.

Toward the second half of her set, Marshall called an audible and asked the band to skip over planned performances of older cuts from The Greatest and the 2003 album You Are Free, including “Blame.” She requested that the venue’s technicians kill the multicolored lights on stage and, instead, turn on the floodlights over the crowd. Suddenly, roles were reversed; Marshall jumped giddily at the opportunity. “This is the part where I collapse on the floor,” she explained slowly. “This is the part where I collapse onstage, and I’m crazy, and it’s a train wreck,” she repeated. Audience members blinked their eyes and shifted around uneasily. After a few minutes, once order and proper illumination had been restored, Cat Power launched into a performance of the epic sing-along “Nothin’ But Time,” featuring the heartfelt lyric: “I see you, kid, alone in your room / You got the world on your mind and you’re trying to get by / But you’ve got nothin’ but time / And it ain’t got nothin’ on you.” In the frenzy of music and lights, Marshall’s madness had somehow become our own, and now she was comforting us. 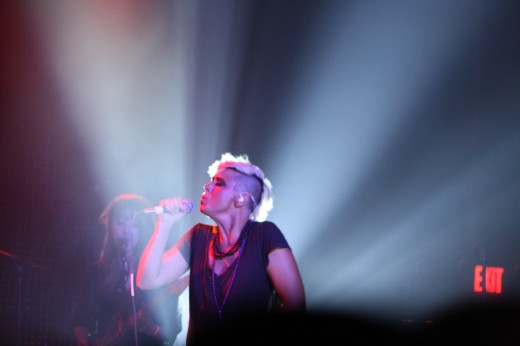 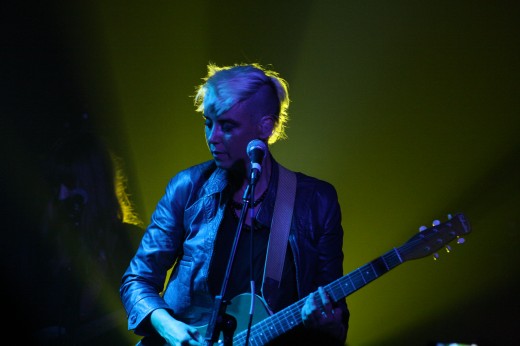 Cokelike wrote:“This is the part where I collapse onstage, and I’m crazy, and it’s a train wreck,”