I want to preface this post by saying I am still working on a complete chronology of all of Chan's concert appearences/radio sessions, etc. I'm sure there are some performances I am missing from my list. Any help would be most welcomed!

We'd all love to hear from you.

In addition, I'll be moving on to posting information on her 2005 performances and so on, so really anything that anyone would like to contribute would be great! 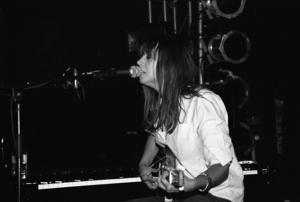 2004 had Chan touring much less than 2003. With her latest album out for over a year, it seems she used the down time for composing, as a number of new songs appeared in her setlists. Among them, "The Greatest", and "Lived In Bars" would appear on her next album, "The Greatest" in 2006. She also made some high profile appearences at the "All Tomorrow's Parties" festival and "Austin City Limits". This was also the year of "Sittin' On A Ruin", which was talked about to bewildered audiences at several shows. Also, "Rad" by Smoosh seems to have been her song of the summer. It appears she made 45 performances this year.

The following is a list of recorded performances from the year. I'm sure there are others, but these are the ones I know about. If anyone has something not listed, we'd all love to hear it as well! The ones in BOLD are recordings I would love to get a copy of and review. Can anyone help out?

Out of the above that I have heard, I would list the following as essential:

9/16/04 - Dallas, TX, Dallas Museum of Art, Horchow Auditorium - Great concert and some rarities at the end.

"Speaking For Trees" DVD - Her only release of this year and also her only DVD release.

When were the exact dates and venues of her Taiwan shows, at the "Leaf International Festival" (additionally, when and where did she play there in 2003)?

Any help would be much appreciated. 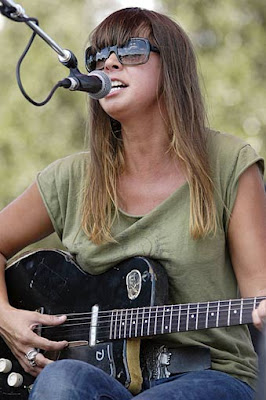