Setlist (unsure what was played): 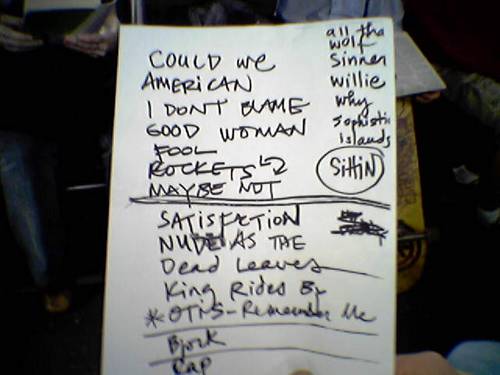 Very interesting setlist. "King Rides By" is a surpise. I wonder if that was played. The last version of "King Rides By" I have is from 2001. "Why" also seems to be confirmed as the title of that song. "Sittin" (circled) would have to be "Sittin On A Ruin". This would be the sixth mention of Ruin.

This was the seventh date of her ten date USA tour. Her band was also with her at this show. Woman & Children opened. 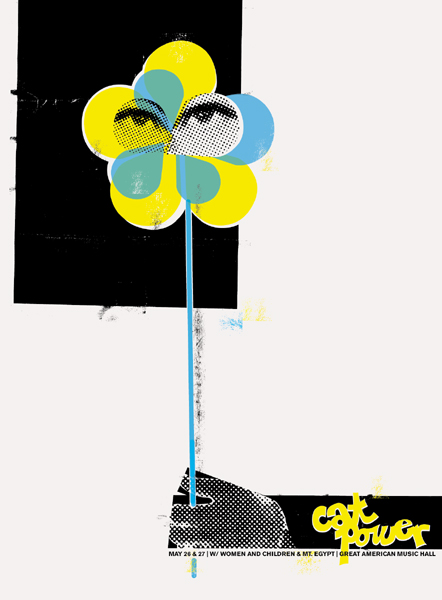 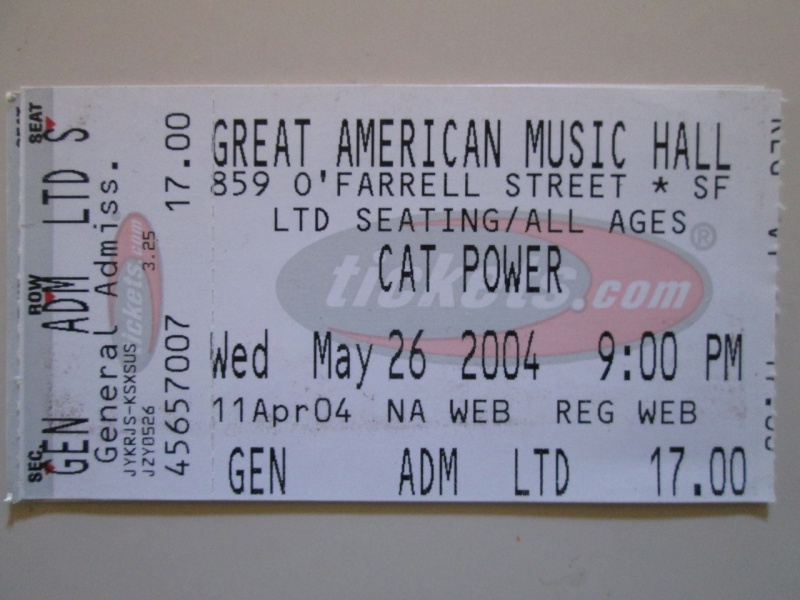 I've always said, I could listen to Chan Marshall recite the ingredients on a bottle of shampoo... for hours. This is how much I love to hear her voice.

When I heard Cat Power would be playing a couple shows at the Great American Music Hall, I didn't even ask anyone if they wanted to go with me, I just got a single ticket. I went by myself last time she played there, and it was a perfectly lovely time. I got a seat upstairs by the railing and was able to gaze longingly without interruption for the duration of the show. She was very quiet then and barely moved. She played her guitar hunched over, her face hiding in her long, straight hair, only rarely raising her voice. Some friends of mine later told me that they saw me, but I had such a beatific look on my face that they didn't want to disturb me. Ah, memories.

Last night was a bit different. There were two opening acts, the first a not-bad singer guy, who sounded somewhat like Doug Martsch, and second, all the way from France!... an anti-superband consisting of Nico, Chris Robinson (Black Crows), and Rufus Wainright look-a-likes, and another guy.

Finally, it started. Chan and her band came out and played a song I didn't know, but it didn't matter. All my irritation melted away. Rapture. Her voice. Damn. Like ice and suede and razor blades and honey - which sounds like a scary mess, but she makes it all so beautiful.

After the first song, she said, "Y'all wanna sit down?" A resounding "nooooo" rose from the crowd, but the sitting began and the wave came back and took me down with it, cuz you know, what am I gonna do, stand there like an ass and make a political statement about sitting down at a mellow rock show? Well, I'm not gonna do that, but a few others did! One guy, who was blocking the view of a small portion of the sitting audience, yelled out that "SITTING IS FOR HIPPIES!" And your girlfriend with the smelly dreads standing in front of you, she's not a hippie? Okay.

And then there was "drunk dancing lady." She just burrowed her way into the middle of the seated crowd, with a full pint of beer-in-hand hovering above *my* head, and began to dance. After probably a half-hour of being heckled, the acrimony got physical. It was like Lord of the Flies (or some such other mob attack). People tried to push her, then I think some feet got involved and she fell backwards, dousing us with beer and clawing the poor chick next to me. A volley of "I'll kick your ass!" ensued between clawed and drunk dancer until drunko was hoisted up and out by security. A local applause followed her out the door.

The rest of the show was typical. Lots of beautiful, torchy songs intersticed by increasingly non-sensical banter with the audience. Towards the end, making use of her free-range microphone, she danced and sang along with a tape recording of herself, then Menudo, and herself again on a roam through the audience. I believe her last lyric sung at the end of the show was a long and loud f-bomb.