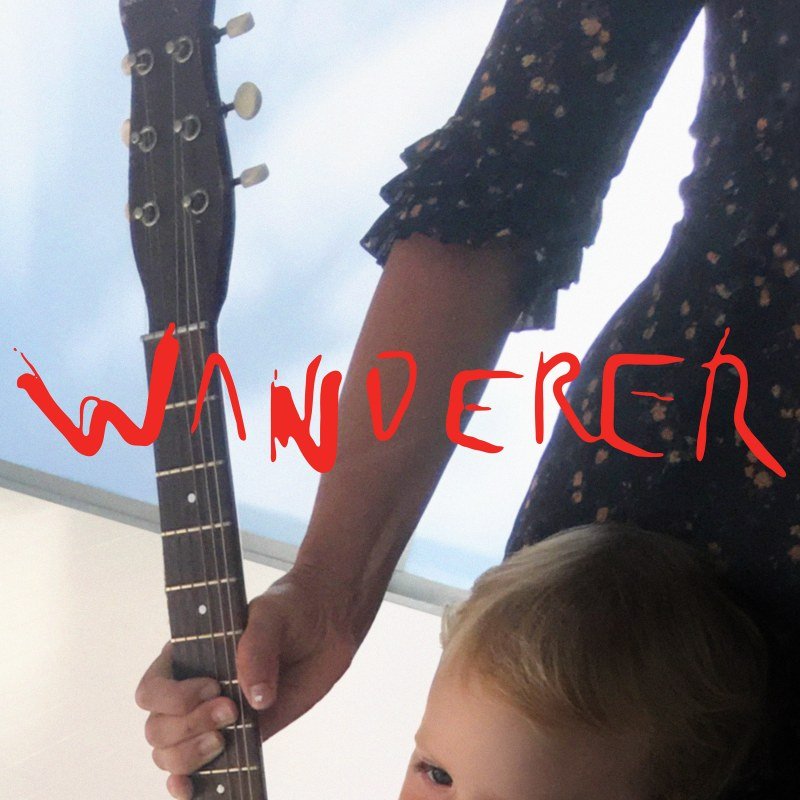 Plus "What the World Needs Now" on the exclusive 7"!

I' m very surprised by the teaser for Wanderer. It doesn't sound like the version that was played last year in concert. There is more of a traditionnal folk song vibe here.
_________________
Bitchin', complainin' !

Oh, Wanderer, I've been wandering
If your brown eyes still have color, could I see?
That night, that night, with those hands, those hands
That night, that night, oh, galleon ring
With heart, wild heart, You'd sing to me
Was not the lady from the other town
Twist of fate would have me singing your wedding
With a baby on my mind and your soul in between
Wild heart, young man, goddamn I never wanted to keep
For your goal is pages of for the end of your story
Give my hand to Jesus when I went away you
Oh Wanderer, I've been wandering

I think I got pretty close here, with the "For your goal is pages of for the end of your story" being the toughest to decipher. I'm not sure I got that part right. Anyone want to take a guess at what she sings here?

Here are most of the available clips of the song so far:

'The rock starts to rise' with "In Your Face" which supposedly sounds like something off the band Beach House's album "7" (released this year). "You Get" 'keeps roots with the rock n roll'. "Woman" is described as a pop ballad. "Black" is supposedly 'one of the best on the disc' and 'almost a cappella'. "Horizon" is vocal and piano. "Stay" is the Rihanna cover (which I forgot about when I was guessing what would appear on this album). Nothing is really mentioned about "Robbin Hood", "Me Voy" and "Nothing Really Matters", though we've already pretty much heard those last two. "Wanderer / Exit" is 2 minutes long and very solumn.

Nicolaoua wrote:Only 2 minutes for Wanderer/Exit? Man, i hoped it was longer, i loved the song "at first sight" when i first heard it in concert.

I meant that i fell in love at first sight of Wanderer.

Gotcha! Now on to discussing this video!!! How cool!!! I've only watched once, but no doubt I'll be playing it all day.

First impressions. I almost forgot that this was the one with Lana Del Rey. I was expecting her vocals to be more prominent. Honestly, if you didn't tell me she was on the track I don't know if I would have noticed. With the keyboard in the mix, this sounds a little like Jukebox era production. But quite a bit cleaner. I'm hearing keyboard, acoustic guitar, electric guitar, drums, bass, cello (?), and many vocal parts. I guess Lana is on the chorus, maybe that high swooping part in the background. I think that's Chan doing all the verse harmonies.

Love seeing all the girls together again! Especially Nico. She hasn't been on stage with Chan since I guess 2014. I wonder if they all played on the album? The drums here sound like some Chan patterns, like the stuff she laid down on the Sun album, especially that bit during the pre-chorus on the floor tom and then the cymbal work on the chorus (1:14-2:08). But then the drums at the beginning sound very much like Alianna's playing, she plays in a similar style to this on many tracks live.

Yeah, still listening here and I really think that's Lana singing the high part on the chorus, pretty sure now. Vocally, Chan sounds great. Man, I am totally psyched to hear the rest of this album!! It appears we're going to get an album with many of the stylistic touches that Sun had but perhaps more organic sounding, maybe less synths and less programming. Sort of like the band sound of Jukebox with some of Sun's production values, like the many vocal parts, and the inventive drumming. A step back from Sun, but a step forward from Jukebox. (Keep in mind I love all her albums, just speculating on what we might hear.)
_________________
"Ready to get depressed?" - Chan, 11/16/13

The first part of the song reminds me of Silent Machine. I was also expecting to hear more of Del Rey's voice. It's undoubtly here but it's subtle. At first, you could think it's only Chan singing.
_________________
Bitchin', complainin' !

I love that even in this video Chan is still rockin' the double microphone set-up.

I like when everyone does the fingersnaps in the 2nd verse, too. Really, I like everything here. It's just so great to have some new CP to listen too.

I pre-ordered the collector version of the album ,which allowed me to download "Woman". The downloaded version is different from the video edit. There is a 40 seconds intro that is not in the video. It's gorgeous!
_________________
Bitchin', complainin' !

A 2nd review from Mojo Magazine, just arriving at my doorstep. (Love this magazine!! Thanks for the subscription, Li!)

Confirmation that Jim White and Judah Bauer play on the album. Also the trumpet player appears on the last track, "Wanderer/Exit". 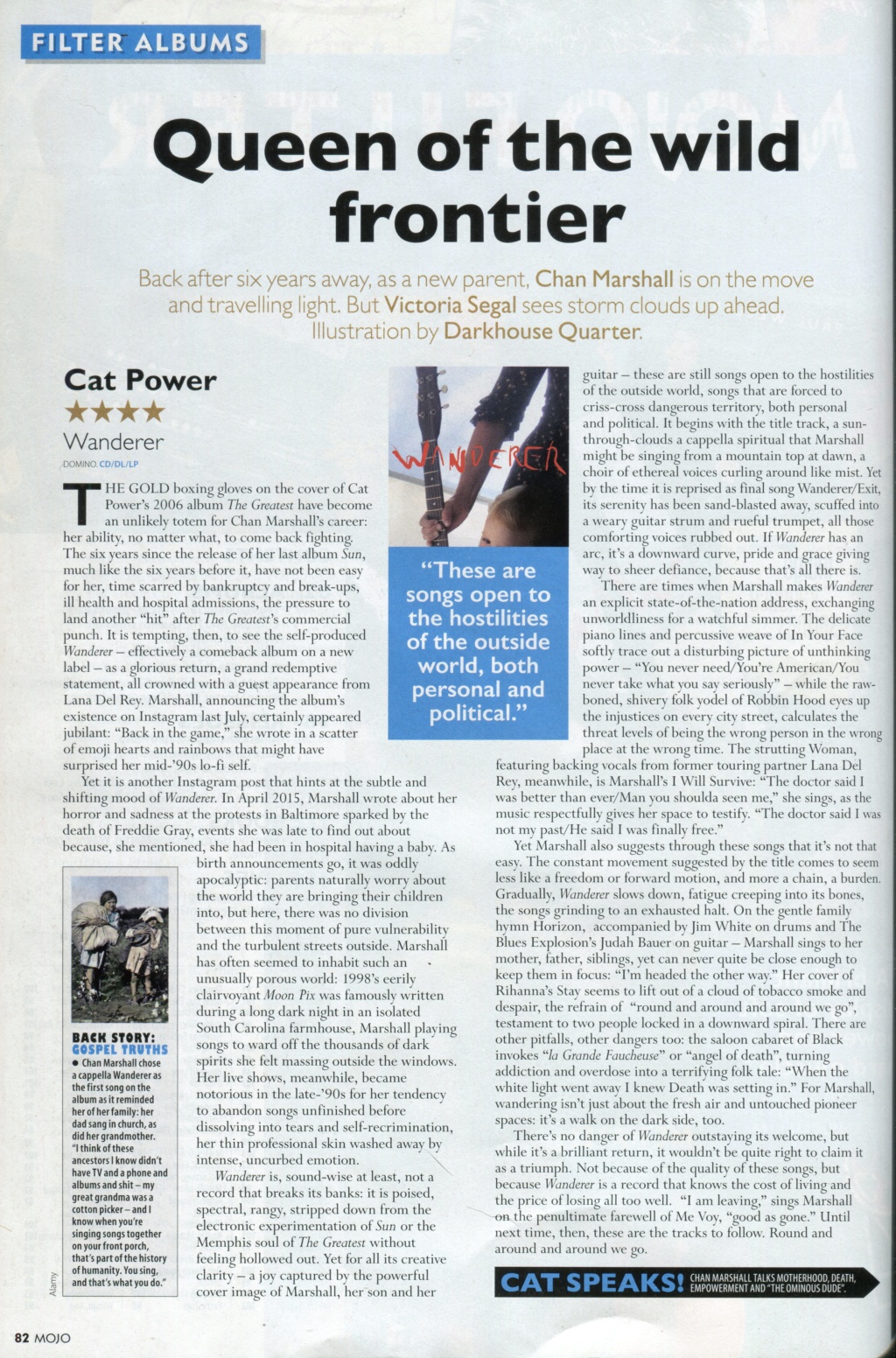 The illustration to accompany the review. (Chan imagined as a wild west traveler / "Wanderer"... they should have just used a promo picture of her.) 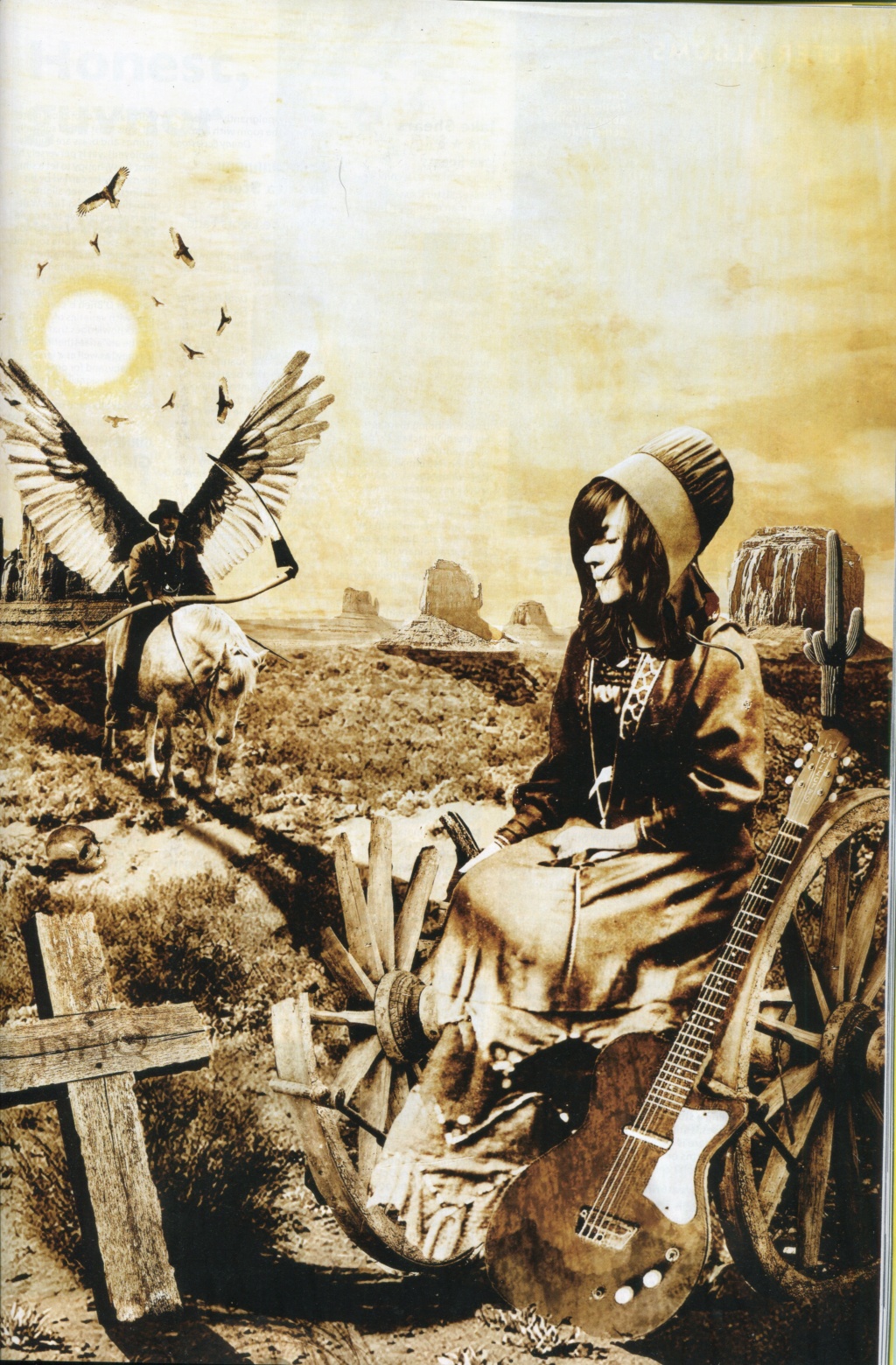 I do wonder if Lana Del Rey's featuring will have any impact on the album's sales. Woman has already been watched (almost) 1 million times!

What a beautiful, beautiful album. I already love it. I'll need some time to put my thoughts together about it but i can a say that it's a great addition to Cat Power's discography. If you ever read these lines, bravo Chan and thank you very, very much. This is a virtual hug.

Nicolaoua wrote:What a beautiful, beautiful album. I already love it. I'll need some time to put my thoughts together about it but i can a say that it's a great addition to Cat Power's discography. If you ever read these lines, bravo Chan and thank you very, very much. This is a virtual hug.

Yes!! I've only got in 1 listen so far, last night. But, I agree with all of this. Very happy and thankful here for the new album! I need some time too to really get my thought together, but I what I liked most on first listen was just hearing her voice again. It's a very vocal focused album, due to the sparseness of the instrumental tracks. That vocal intimacy that she is so famous for is to the fore on this one. Quite a difference from Sun. Off to listen again!