Nicolaoua wrote:Whatever the reason, it's so cool to know that he did it! There's a chance that we'll see that one day.

I asked Greg Hunt by e-mail. He answered me that:

"Hi Sabrina.
Yeah the concert wasn't filmed for TV or anything- we shot it for Chan.
Not sure what exactly will be happening with it yet, but definitely something!
Greg"

Well, if she wants to share it with her fans one day, especially with the poor european ones who are still clutching to their tickets, i wouldn't see any objection to that.

Cokelike wrote:
Would it be to much to follow up with him and get specifics, like was it a 1 or 2 or 3 camera shoot? Did they get soundboard audio and all that?

Do you want his e-mail address? Or do you want me to ask? He's cool, he answered me within an hour!

Cokelike wrote:
Could you ask please, since he already replied to you?

I let you know guys!

Maybe shouldn't we get too excited about that. We know that Stefano Giovannini had worked on some documentary back in 2007 and it has never been released.
_________________
Bitchin', complainin' !

Nicolaoua wrote:Maybe shouldn't we get too excited about that. We know that Stefano Giovannini had worked on some documentary back in 2007 and it has never been released.

Yeah, it shouldn't be allowed to make a big boy like me crying.

This video is so sweet!!! Gave me the chills.

I talked to Greg Hunt for a long time before the show that night. He was the only one filming as far as I saw. There were others taking pictures, but he was the only one filming anything. Everyone taking photos and video was from the skate-world. She seems to know quite a lot of people which really surprised me. Greg Hunt, Arto Saari, Patrick O'Dell, Atiba Jefferson, Kevin Long just to name a few(I know all of this, because I have been skating for six years now). No official photos or video has yet been released unfortunately.

Greg got a close up of Chan and I talking when she was signing my record, so I must admit that I would really like to see this footage as well.

Nothin but Time in a better quality. It seems that this person has recorded the whole concert! 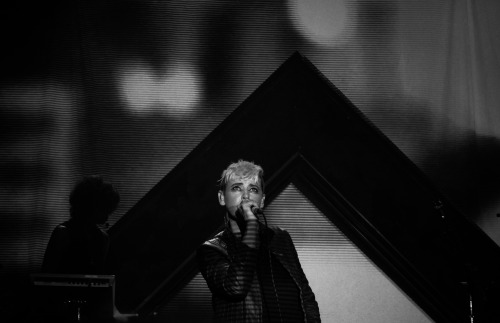