These were the thirty-first and thirty-second concerts and the thirteenth and fourteenth solo performances of the tour. This is the start of the third leg of North Amercian dates. Chan plays a series of solo shows on the west coast, many of them two shows a night. Again she wears the green shirt.

The videos are decent, mostly complete performances. The youtube poster notes that she closed with "Satisfaction" at his show and you can see her making the heart sign with her hands. "I Cant Give You Anything But Love" was the encore.

We spent last night, seeing Cat Power, a.k.a. Chan Marshall, play the late show at the Malibu Performing Arts Center. The space was really nice and intimate, with very comfortable seats and great sound. The audience was very quiet, except for the guy who made the “more cowbell” joke about six years too late. When she was talking, she rambled and seemed lost and self-conscious, but when she played, she was a different person altogether, and her songs, both originals and covers, were riveting. Her voice is light and airy, while at the same time extremely powerful, and her simple piano and guitar work provided the perfect support. I just wish she had spent less time spilling tea, running backstage to get a towel, and telling us how tired she felt. It started out charming, but then it started taking away from the show for me. She played for more than two hours, I think, and ended with an a cappella rendition of “I Can’t Give You Anything But Love.” Despite the somewhat strange feeling of the show as a whole, her music has been in my head all day. 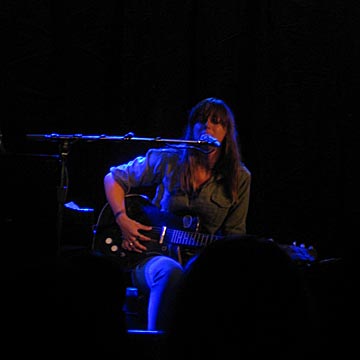 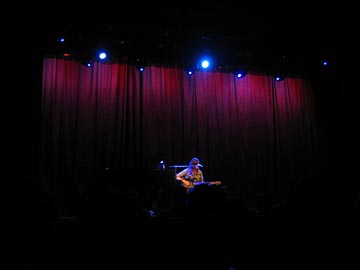 I will continue to support Cat Power by buying her records, but I will never see her live again. I have heard stories of her playing with her back to her audience and seen first hand her cancel shows, but I did not expect what I am claiming of be one of the worst shows I have ever attended.

Cat Power is kinda crazy. OK, thats me being nice. She's really crazy. And I have nothing against crazy people as long as it doesn't affect your music making ability. Daniel Johnston is super crazy, but he still makes brilliant records and apparently his last live show was really good. Cat Power's craziness ruins her live show. She started an hour late. She never finished a song. She just sort of stopped playing or started pounding on the piano. She stopped mid-song once and told a story about how she was thinking about a dog. We ended up leaving early and it takes a lot for me to leave a show before its over.
_________________
"Ready to get depressed?" - Chan, 11/16/13