This was the 76th performance of the tour and (I think) the last one featuring the band. Entrance and Woman & Children were also on the bill. There is a recording of this concert that runs about 74 minutes. But I do not have a copy to review. Does anyone have a copy of this?

This was my first visit to the Union Chapel and my first to see Cat Power. I was thoroughly impressed. 2 support acts - a really tedious Bob Dylan lookalike guitarist, and a really impressive band who played a mix of 70s symphonic rock, folkier tracks and one RnR style no. Did not catch their name and still trying to find out - totally unpigeonholeable. As for Cat Power, well excellent, I thought. Before this gig, I only had the last CD, and only recognised 2 or 3 nos (Good Woman certainly played) and the first few tracks seemed a bit alt country. Chan seemed to be enjoying herself and the band were fairly tight. There was some inter song banter that reminded me of the great Roy Harper (who is still going strong). The we had some quite amazing covers - the Stones 'Satisfaction' (an excellent stripped down version), Bob Dylans 'Kocking on Heaven's Door', the White Stripes' Dead Leaves abd the Dirty ground' and the first verse of 'Black Sabbath' by Black Sabbath. The set ended with an epic no which Chan sung while sitting in the audience - it was great stuff. No encore but post gig, I managed to see a set list and there seemed to be twice as many tracks on it than played (I'll post it if anyone is interested). Left the gig really buzzing - my gig of the year so far. 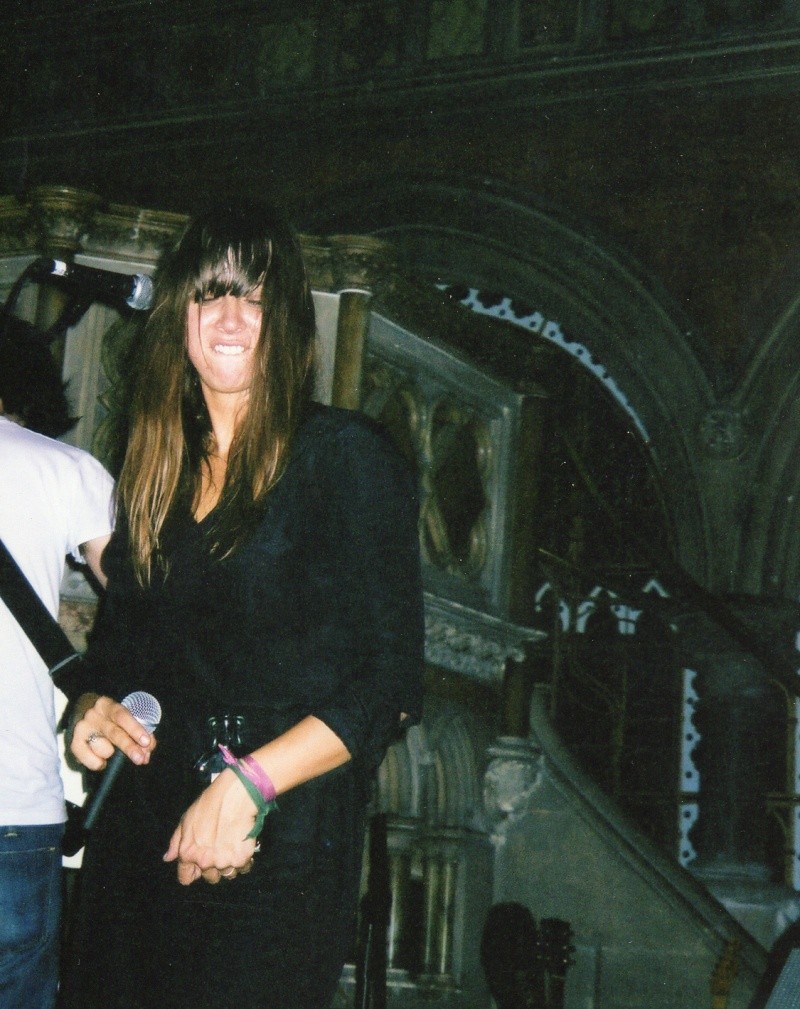 Cat Power played at the Union Chapel in North London last night, I went down to see her. Sitting waaaay back and up at the top, Paul, Suzanna and me could hardly see the stage as the band had no doubt asked for the lights to be left low.

Now I very much like the music of Cat Power. And most times I go and see a band, I end up liking the band even more, through some kinda live music bonding experience. With this gig however, the Cat Power persona was a little unpleasant and made for one of the weirdest gigs I've ever been too. Along with watching the gig without making out a single face of the band, Cat Powers strange booms and ahhhhs into the microphone kinda spoiled the music for me. It seemed she has a fixation with being on stage and in front of lots of fans (ok, a given for a pop star but...) and she really flirts with it, not in a nice way. She flirts in the way that the most popular girl at school flirts -teasing, playing, loving the attention but also knowing that she ain't going to be giving it away. She was courting the fans / admirers adulation, egging it on, basking in I, driving it. And it was somehow distasteful.
To top it off, it was when, during the last song which had seen her walk out into the crowd and sing the songs from amongst her 'disciples', she returned to the stage. She unclipped her mike and made to leave the stage in that time honored fashion that sees the band remain and continue playing the song. Except dear old Cat Power couldn't leave the straight so easily. She danced and waved her feet at stage side fans, letting them kiss and stroke her feet and she really took as age to leave. I dunno. We were in a church. Maybe it was irony. But she is american...

I mentioned all this to Neil this morning, and he told me that I was growing old. Young people love this kind of attitude, so I'm the old boy. The other weird thing was that so many people are in to Cat Power. I never knew she had soooo many fans, and all of them so young and trendy.