The beginning of 2006 was the be the build up to the tour for "The Greatest". On 1/22/06, 2 days before the album was released, Chan appeared on MTV's program "Subterranean". Clips are available here: http://www.mtv.com/artists/cat-power/video-interviews/

Around this time she also gave several interviews for print. Touring was to start on 2/11/06 in Memphis. This did not happen. At some point near the first week of February, she went through a sort of nervous breakdown and by 2/6/06 it was announced the tourdates were canceled (you can read more about this in her interviews).

So instead the tour opened on this date. 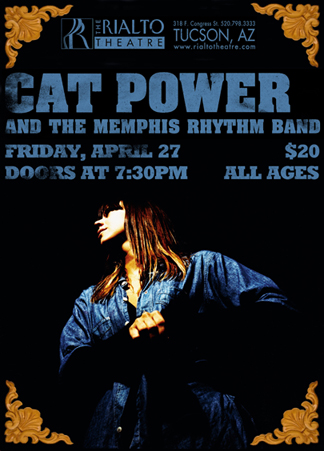 This was the first show with the Memphis Rhythm Band. She had recorded "The Greatest" with the band, which includes members of Al Green's backing band. From Matadors Bio on the album:

She got Al Green’s guitarist and songwriting partner Mabon "Teenie" Hodges to play guitar on the whole album (Teenie co-wrote "Love and Happiness" and "Take Me to the River," among other soul classics). With Teenie came his Hi Rhythm bandmate (and brother) Leroy "Flick" Hodges, who plays on half of the album (Memphis A-team bassist Dave Smith supplements). Anchoring the band is Steve Potts, whose reputation on drums was solidified when the surviving members of Booker T. and the MG’s asked him to replace their late drummer, Al Jackson. Other top Memphis musicians guest on keyboards, horns and strings.

The concert setlists were loosely arranged around the album track order, at least for the 1st half. Most (if not all) of the shows included a solo section (usually in the middle of the concert) where Chan would play a few songs on piano and guitar, and sometimes Chan would play guitar with the band on songs like "Could We" and others. However, for the most part this is the first time Chan regularly performed without her guitar or piano, a preference she would continue for many years. For some of these early shows, Chan changed her outfit for the 2nd half of the concert. This was a change to her performances she would not continue for long. Whereas, she used to "hide her eyes behind her hair", now she starts wearing a ponytail, she is shown here with no bangs at all. The ponytail would more or less remain for the next several years. Also note that from the pictures you can see the string section of the band is included. I think there were some performances later in the year that they did not appear at. While I cant find a setlist, the concert most definitely included the majority of "The Greatest".

I heard that the first show in Tucson went really well last night and the Memphis Rhythm Band, complete with a horn section, evidently started the set with a couple of guitarist Teenie Hodges' favorites from his Hi Records past. It sounded like a fantastic show and I know how fine that band is she has with her on this tour. Everybody go find the show nearest you on the tour schedule! Is there any chance of further shows after the DC and Tennessee ones? There are some cities being missed that have a lot of her fans, including Atlanta and some others I could list. Anyway, I hear the first show was awesome. 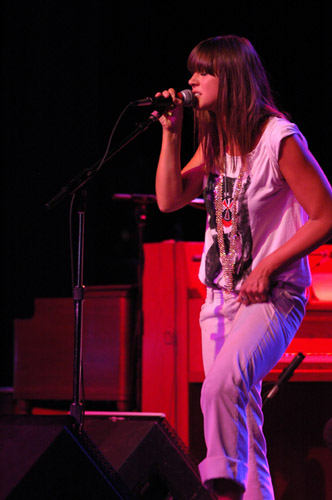 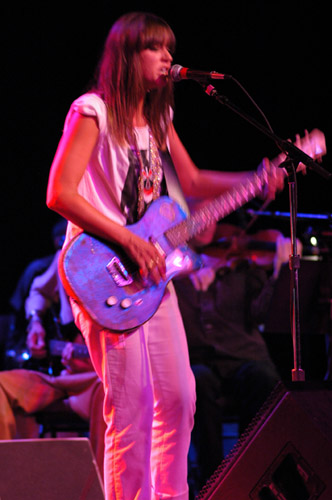 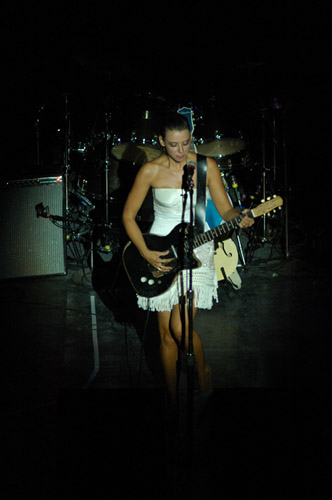 Note the interestingly styled acoustic guitar, I wonder how many shows it was played at. "House Of The Rising Sun", maybe?: 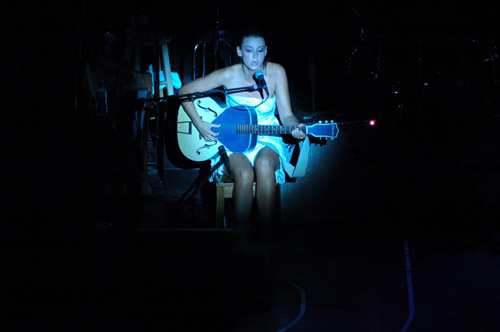 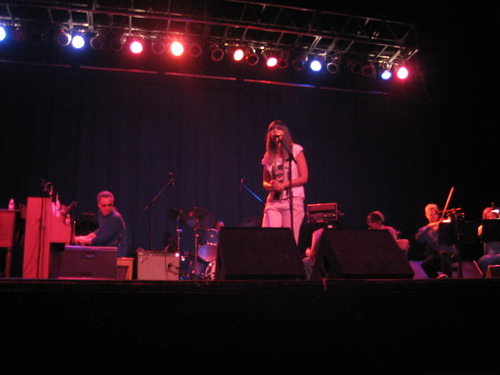 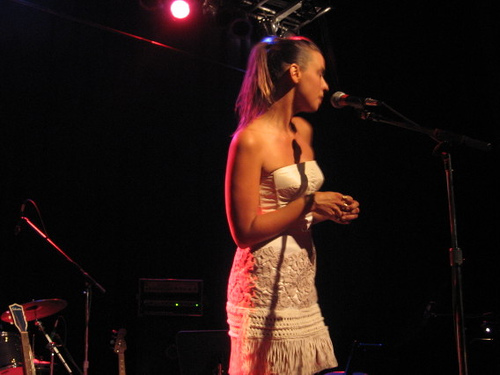