Following a canceled performance in Tampa on the 17th, Chan plays this concert.

So I went to the Orlando show which was on Thursday of last week (whatever day that might be). This was my first Cat Power experience to date, having been out of town the last time she came to Orlando. Yes, I have heard many different stories on how these shows happen to transpire, plus I was extremely low on the cash, but I still wanted to see for myself. So I guess it was an experience comparable to those of most other Cat Power fans. Yes, there was some inebriation...a good deal of it. Yes, there were only three complete songs (I managed to get my hands on the set list after the show however and it would have been amazing had she made it...or intended to make it....to any of those songs). There was that series of four notes she idly played to herself for nearly thirty minutes. And regardless, I wasnt disappointed. She talked to us for most of the time and requested that we all sit down on the floor while she played with the lights almost completely off. It was unorthodox and at least it wasnt impersonal like a great many other shows. My only complaint may be that she never seemed to touch the piano, it was mostly a big prop. Maybe she intended to at some point, but we only did hear the four songs. Oh yes, and the drunk indie rock sluts behind me screaming "Pleeaaaaase play "Three Times", Chan, pleease" throughout the entire show were kind of annoying too. But halfway through most of the audience screamed, "shut the fuck up bitches", at them and they left. 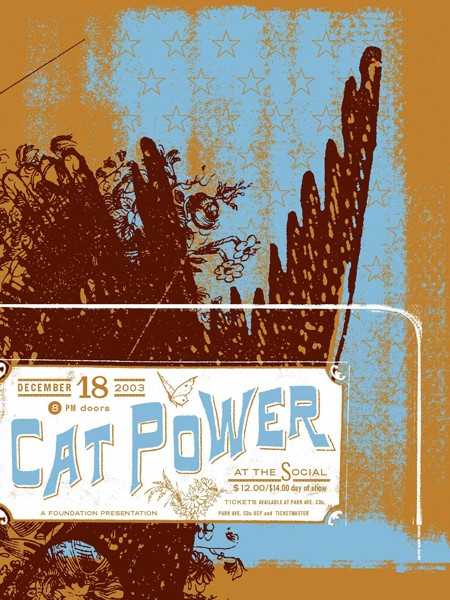