Chan returns to Europe to make this TV appearance. I am just guessing, but I think this may have been one of her scheduled appearences for her European tour dates that were canceled. I dont believe she made any other performances in Europe for the rest of the year. Please correct me if I am wrong. I am also not exactly sure when this was recorded. The air-date is 10/22/03 but it may have been recorded earlier.

This copy I have of this is in excellent DVD quality. Thank You to the person who made this available.

Buddy Guy was also on the program and he played first. He performed "Crawling King Snake" and "Louise Mcgee". Following this Chan is introduced and that is where my copy of the video begins.

Good Woman - Chan is introduced and begins playing the song. Unusually for Chan, she is playing this on an acoustic guitar and its a classical type guitar with half nylon strings at that. This is really neat as I cant think of a lot of live acoustic guitar performances she has made. Off the top of my head she did maybe 1 or 2 radio sessions with an acoustic, and the Bridge School Benefit concert was an acoustic affair. Also, interesting is that she does not use the familiar chord changes for the song. Instead she holds down a D chord throughout. This is a rather subdued version of the song.

Interview - Chan sits down for a short interview with the host. He asks about the John Lee Hooker cover "Keep On Runnin'" from "You Are Free". Chan replies, "I love that song". The host then turns to Buddy Guy and asks him about John Lee Hooker. Buddy briefly recalls meeting John Lee Hooker (Hooker had passed away in 2001). If possible, it would be great if one of our French members here could transcribe this section.

Come On In My Kitchen - The host then asked if Chan and Buddy would like to play "Come On In My Kitchen" together. This being a Robert Johnson tune, Buddy would've been more than familiar with it. For her part, Chan had been playing this live for a few years now. Chan lets out and enthusiastic, "Yeah!", and grabs a different guitar. Chan has a look on her face that kind of says "I wonder how this is going to go down". Seated across from each other Chan and Buddy perform the song. Again, Chan holds down one chord for the song, A minor. Buddy adds lead guitar, also on acoustic. While its a thrill to see Chan performing with another musician (something she doesnt do a lot of outside of her regular bandmates), and especially a blues great like Buddy Guy, I just dont think the performance works that well. The whole thing seems very impromptu and I am guessing there wasnt any rehearsel. Chan herself even says "Sorry" a couple times at the end.

Here is the video: 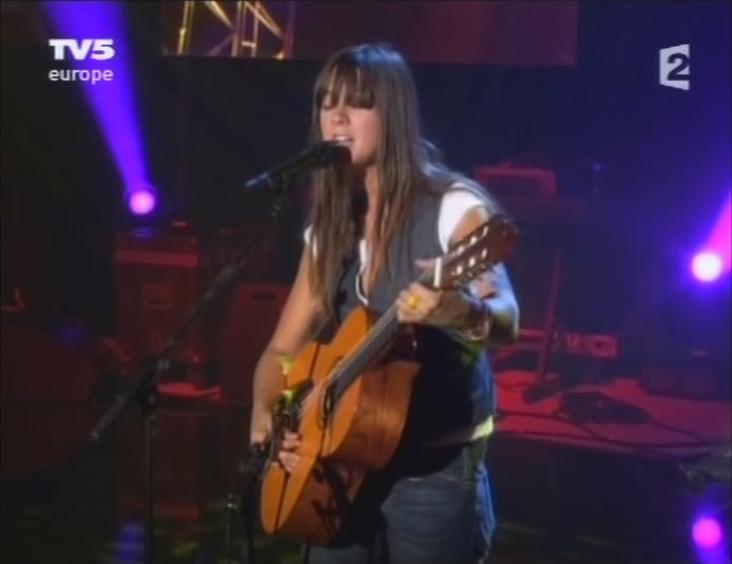 Cokelike wrote: If possible, it would be great if one of our French members here could transcribe this section.

It's very difficult because the translator is not very clear in what he says:

-The first time i met him, it was here in Europe in 1965. He was playing in a Blues/Folk festival and since then i love him.

-Wasn't he a rather extraordinary man?