This was the 4th performance of the tour.

Thanks to the HellYeahCatPower tumblr for the Article. 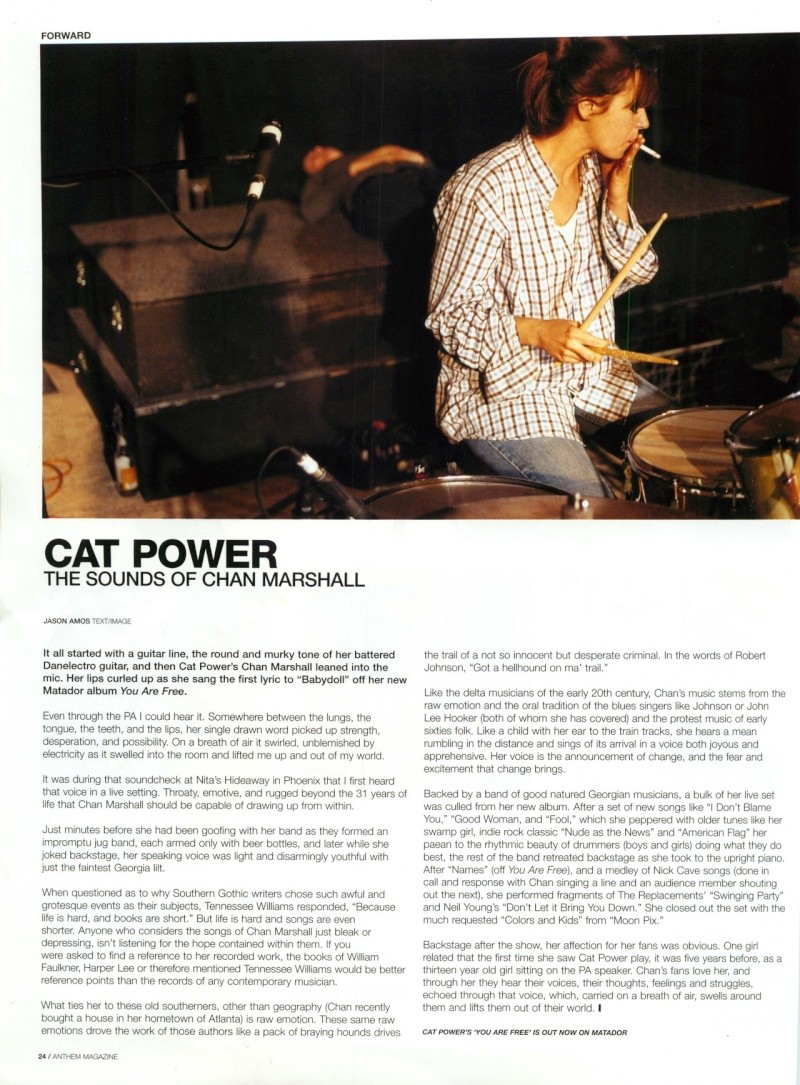 I saw her in spring of 2003 in Tempe, and had been advised in advance about how she can be. She was touring for “You Are Free”, and started out with her band, sounding good and having a good time, by all indications. She appeared to get upset about her boyfriend talking to a girl beside the stage, and started drinking heavily from a clear liquor in a plastic cup. The band left and she played solo piano, stopping to crawl across the stage, offering drinks to the people in front. She shouted at my drunk friend, saying “that girl is talking too much, I see it as malicious”, when in fact my friend was ranting about how much she loved Chan. She wandered from one song to another as her head nodded, bumping the mic. She kept telling the crowd it was okay if we left, though people were yelling such things as “I love you Miss Powers!” She finally got up, waved to the crowd with a smile, and staggered off. After a few minutes I got up and climbed on stage to touch her cool-ass guitar.
_________________
"Ready to get depressed?" - Chan, 11/16/13