I Dont Blame You
Satisfaction
Dead Leaves And The Dirty Ground

This was the 57th performance of the tour. Woman & Children, Roadside Revival and Maximillian Heckler were on the bill.

As during his amazing performance in the first part of Lloyd Cole in 2002, Maximilian Hecker was able to capture the attention of the public with its pop songs. After a few pieces on keyboards, the young German took his guitar to play over, a masterful ride on his first album, Infinite love songs. On this collection of own pieces at wow romantic souls, they include Cold wind blowing that Maximilian Hecker never fails to play on stage... This long and captivating title is very calm until the reserved young man violently initiates the distortion of his guitar.
The new single Rose is played at the end of the concert. Played keyboards, it is the opportunity of a few vocal acrobatics. The song is interrupted seconds before its outcome by the hysterical screams of Chan Marshall, visibly fan of the songs " Maxi " and... red wine. Hopefully review the Maximilian Hecker promising with a group next time.

The group Women And Children continued the evening in a different register. A distant resemblance to Courtney Love singing as Nico is accompanied by a group of armed rock guitars, bass and drums... Playing on the dissonances and working the nagging side of his music, Women And Children has managed to create enough disturbing atmospheres. Rock title played at the end and sung by guitarist would have deserved the branching of the micro but other than that, it is really disturbed concert...

The magnificent Cat Power album entitled You are free. Was it necessary to Chan Marshall feel free to stuff the mouth and give the most rambling and your concert ever given to the Cooperative of may? See this young woman knowingly shoot his songs has been a real torment, fortunately traversed by pure moments of grace. As if the singer Cat Power is drunk, she keeps her incomparable voice and poignant tracks (when the beautiful lady in black dress remembers...).

In first part insured only at the piano, it recognizes that the very good I don't blame you, massacred and played in other chained mechanically titles. Seeking to test his public? In any case, the teeth of some spectators began to grind. When Madame grabbed a guitar, it said that the concert is going to take off. And well, not after a series of cretinous rants, she takes the head of lights for five minutes, willing it is to play in the dark! After what seems an eternity, she finally sings his superb cover of Satisfaction by the Rolling Stones. To do good figure, she dutifully massacre this title, helped by a few cretins screaming as calves...

At that time, four options present themselves to the Cat Power fan... It hesitates between return listen to his collection of drives quietly at home, drunk to get in the mood, whistling when she moved in his stupid speeches or stay and wait for a lull. Choose the last three solutions... The miracle occurs after many talk, a group joined the young woman lost and made - just - take-off the evening. A violinist/vocalist and a guitarist, a drummer, all excellent, allow to Chan Marshall to concentrate on her singing. Of course, between the pieces, it lasts, it lasts... but the image of the wrenching Good woman, played titles are superb... The "power Quartet" allow even a cover of the White Stripes Dead leaves and the dirty ground, hurlée by a Chan Marshall standing and overwrought, on aura vu tout!

This chaotic night continues with a series of shocking pieces. On the last of them, Chan Marshall descends into the public to sing in his fans. It is, one metre, that she sings is so beautiful that it is difficult to believe that these miraculous sounds are real. This time bought in part the evening. But the Group welcomed and joined the lodges without callback.
People who have paid 17 Euros probably deserve a little more respect on the part of the artists. If there is no alcohol, expected the end of the concert for drinking... Despite these ups and downs, it appears that the addiction to the music of this songwriter of exception is deep. Because it does already more want to Cat Power, we want to even very quickly review it in better provision. In the meantime, remembered for his benefit at the Printemps de Bourges in support band Eels and Placebo, as well as his solo passage poignancy here three years ago... Is it serious doctor? 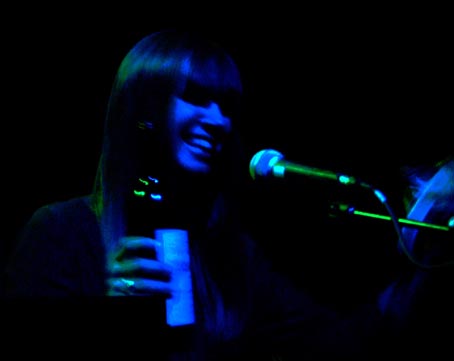 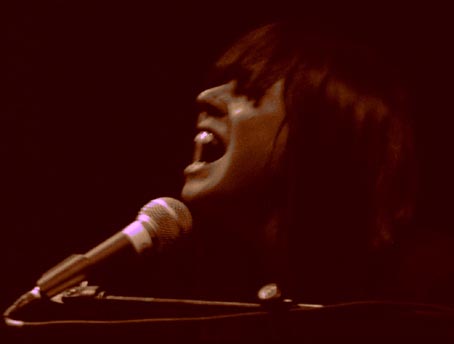