This was the 54th concert of the tour. Woman and Chilrdren and Oneida opened.

We were opening for Cat Power – a pretty fucking weird jux but I was more worried about Chan’s legendary lack of stability. I had never seen Cat Power or taken much interest in her records but I was pretty sure that she would either hate Oneida or be driven to dissolution by the chaos. I think I was both giving Oneida too much credit and not giving her enough in this regard. I don’t think we made much of an impression on her either way.

Cat Power’s crew arrived to La Palma – and I was very happy to see that their sound woman was Dana who we met when we played with Black Dice at Oberlin. She’s cool. We’d both forgotten each other’s names thankfully. I also met Margaret, Matt and Will from Cat Power’s band and Kevin, Olivier and Serge from their Paris via NYC band called Women and Children. Everyone we met was great and I found myself confessing my fear that they would all hate our music. On the whole everyone seemed glad that we were fast and loud – they were into the variety – at least on principle.

Chan was conspicuously absent from the proceedings – and I wondered what she would be like. She seems to lead a very sheltered life on the road and its rumored she’s unstable – she’s always shuffling around with her back to the audience apologizing. At least that was my impression – I had never seen her before. As the rest of her band prepped the stage for sound check and Dana did a complete mic check, there was buzzing that Chan was drunk and puking, loosing her mind somewhere and wasn’t going to do sound check.

From what we could see from the open area backstage, she was lying on the ground and someone was spraying her with an aerosol.

Someone in her crew walked in and said, “Chan’s not doing sound check. Do it without her.”

She was back in a minute, “She’s not doing sound check.”

I guess she had had a bad day.

She played a great show though and seemed very nice – though I didn’t get a chance to really meet her. Funny that. I guess the whole thing intimidated me. People seemed to be very protective of her. There was a constant aura of low-level anxiety coming from everybody. I don’t want to be misleading – it wasn’t like she was Maria Carey out on a hysterical holiday but the façade seemed to have a few cracks.

I managed to extricate myself from my conversations and check out some of Cat Power’s set – she was singing a cover – her version of “Farmer John” – you know, “I’m in love with your son.” She has a great voice. I was surprised that the Roman audience acted like they were in New York – a lot of talking – a lot of plastic cup smashing – not the enraptured audience I’d heard so much about.

The club closed and I said ciao to a bunch off people – some who promised to see us in Napoli. We tried to get Women and Children to come back to the hostel with us and get drunker but they opted to go to Cat Power’s hotel.

The Oneidas say and it is the turn of Cat Power, aka Chan Marshall; by the fury of composition of the trio and soft whisper by night. Skinny sounds, basses, vocals just mentioned, an idiosyncrasy in the limelight that lead her to sit in a corner, squatting on itself and on his acoustic guitar, while the rest of the stage, unlighted, is occupied by violin, electric guitar and drums.

She is here in Italy to present her latest work, "You Are Free", and she also performs largely. The air is filled with these delicate ballads, timid, and the atmosphere is completely different: where until a few minutes before they breathed epilepsy and divertissement, here you breathe purity and fragility. Cat Power singing and not concede too easily, the public respects without rebel this perceptible agoraphobia. When she leaves on her piano, sola (other musicians out of the scene), silence reigns in the room: she appreciates, and gives you an just ripped the White Stripes and a tribute to Bob Dylan, "Knockin' On Heaven's Door" exciting and ethereal. It is then the time of instrumental end credits of his evening.

Bows once, twice, three times, hands clasped, stumbles and threatens to drop and then he goes behind the scenes with his band, silent and shy like her. A group of people you don't want to know the end and invokes a loud voice. She doesn't come out anymore. Truly a night to remember this just moved and lived here in Rome, in the hellish heat of may lived in urbe.

Decidedly different tone of the long-awaited exhibition of Chan Marshall, aka Cat Power, on tour in Italy to present his latest album 'You Are Free' (2003, Matador / Self). And, when the disc might have appeared as a reinvention of the vernacular in key folk grunge of Pearl Jam live is a different pasta, which alternates with the singer on guitar and piano, swaying and swinging from his own voice, immersed in twilight vastness of arrangements that recall the atmosphere a lot of Tom Waits and Nick Cave. His unmistakable tone, subdued, rests languidly on the dark carpet of sound produced by the band, drawing, for over an hour, a dark lunar sunset and lackluster, a little different view, but also charming. In the end it leaves space to cover, among which 'We're Going To Be Friends' of the White Stripes and Dylan's 'Knocking On Heavens Door'. There was great excitement in the audience mesmerized and entranced throughout the performance: it is evident that the character is sincerely appreciated, especially by fans of a certain sophisticated songwriting. In the end, the curtain fell, there was also an odd, seasoned with a touch of fetish / stardom: Cat, who has not granted a, came out from backstage and was lying on the floor and was left surround, smiling , presence of gasping autographs and excited worshipers, some of them also felt embarrassed, maybe someone else mortification and guilt feeling, perhaps with greater sensitivity, the drama implied by the bewildering icon shameless lying in the dust of the room.

These pictures were posted on the CP Facebook page. As they were noted as ''Circolo Degli Artisti - 2003'', I will add them here, as I assume she headed to this place after her show on this date. 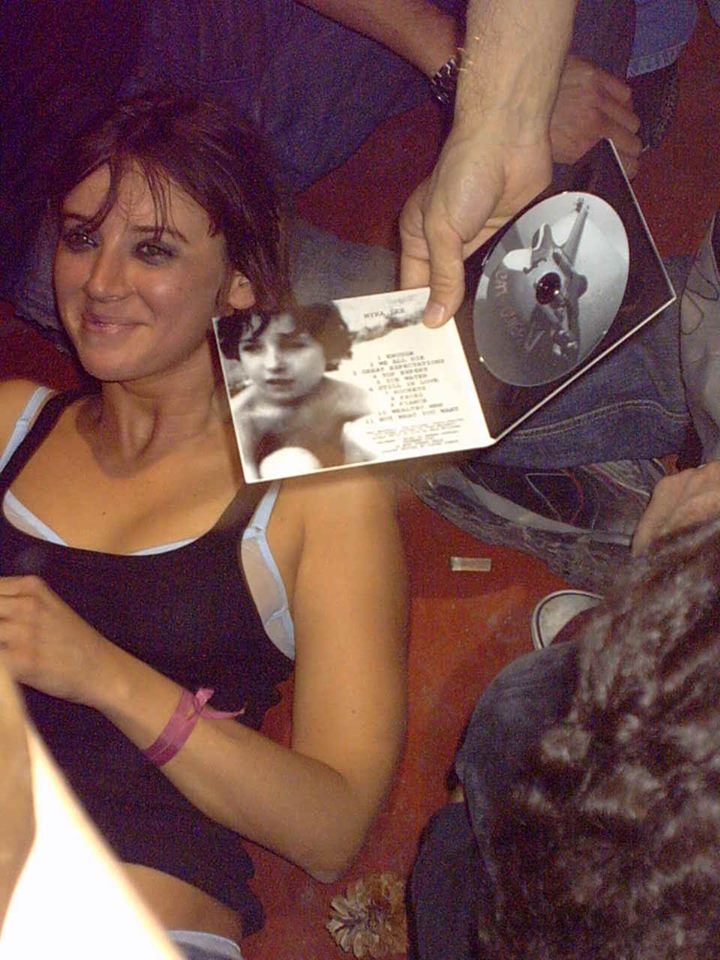 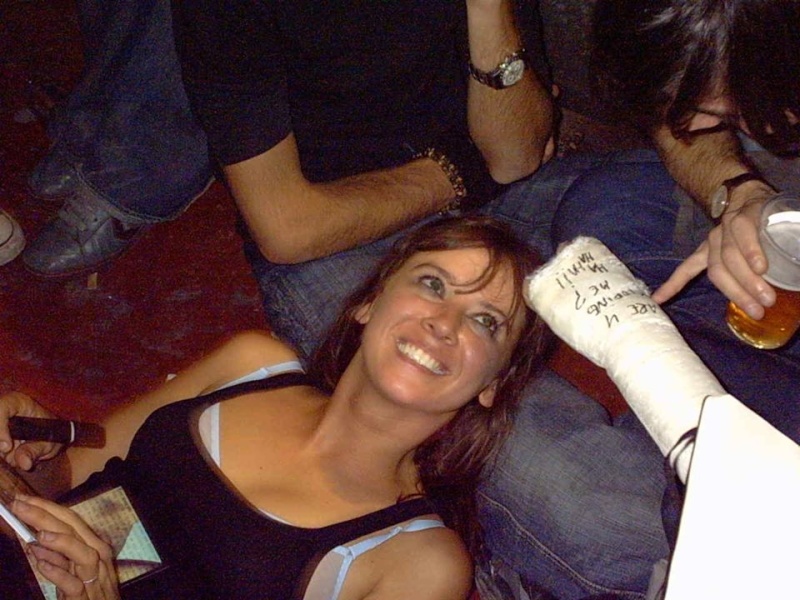